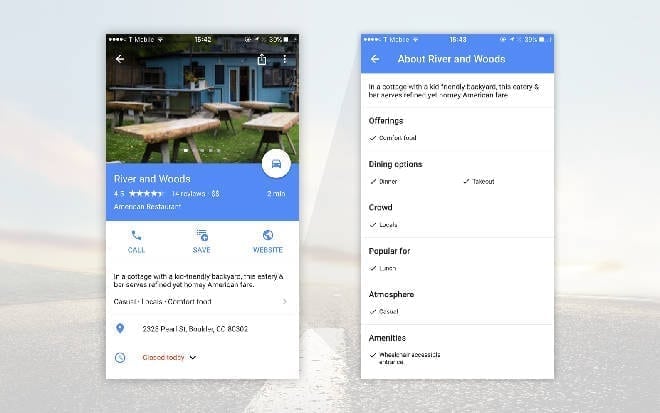 Google maps is one of the most popular apps when it comes to navigation. The app not only gives direction to places but also provides timing, reviews, atmosphere and a lot more information about a place. The app just added a new feature which makes it wheelchair friendly.

Thanks to a group of Google employees who worked on the app in their “20 percent time” the app now lets you know if a place is suitable for people with access needs or not.

One of the most popular Google policy is that employees can spend 20 percent of their time doing projects other than their main jobs. Many applications such as Gmail, AdSense and Google News started because of this policy. Google employees need to get the consent of their managers to work on these projects.

Rio Alaska, is one of the people behind the new feature in Google maps. Alaska is a product manager on Google Drive. In his 20 percent time, he worked as the product manager to incorporate accessibility feature into Google Maps.

Alaska along with a team of five to ten contributors worked to bring in the feature. To develop the feature Google used results from Local guides. Local guides are Google maps users who answer questions regarding the places they visit. Earlier this year, Google started asking questions regarding accessibility. Google after getting millions of answers now feels confident to display the results in the app.

Although it seems like a small addition but it is without a doubt very significant. The feature will not only help people in wheelchairs but also parents and people reliant on canes will also find the app useful. Alaska said that he wants to make sure “even those with access needs” benefit from Google maps.

Google said, “Google’s mission is to organize the world’s information and make it universally accessible and useful.”

appsgoogle maps
Previous ArticleGoogle vs Apple With Pixel vs iPhone 7Next ArticleTrump, Cook, Musk And Other Execs Attend Tech Summit