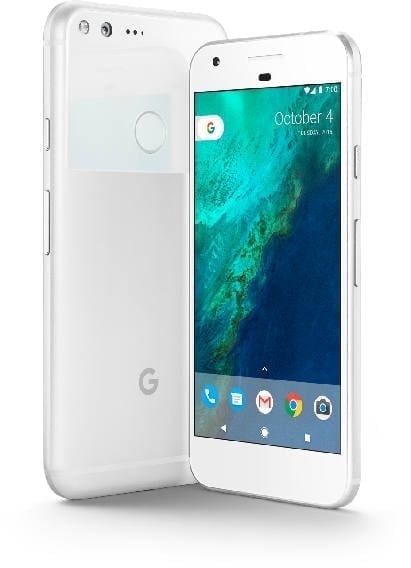 “So today, I’m very excited to introduce you to a new phone made by Google, we call it Pixel.”

We have used Google’s tablets that came under the Nexus brand name. The company has stolen millions of hearts through its software that is currently running in trillions of phones worldwide.

What distinguishes Pixel is its inbuilt Google Assistant. Some of you might be aware of this through the use of Allo. The new app was recently launched and it has the beta version of Google Assistant in it. This is Google’s attempt to compete in the Artificial Intelligence run with its rivals, Apple and Amazon.

Google Assistant can be used to ask questions directly or perform any tasks.

Google’s CEO Sundar Pichai said, “Just like we built a Google for everyone, we want to build each user his or her own individual Google.”

If you are familiar with Apple’s Siri and Microsoft’s Cortana, you’ll know the basic idea behind Google Assitant.

The phone comes in two sizes, 12.7 cm, and 14 cm.  The smaller one is available for $649 while the larger one at $769. These prices are comparable to Apple’s iPhone and Samsung’s Galaxy range.

You get to choose from three colours namely Quite Black, Very Silver and Really Blue.

The phone has android’s latest version, Nougat and has a Snapdragon 821 processor. You can use the Cloud System offered by Google to store all the photos and videos that you wish to.

Google claims that this phone can be charged in merely 15 minutes, and you can use it for the next seven hours.

We can’t say that there have been remarkable changes in the camera but Google has introduced a gyroscope-based video stabilization system. If you have shaky hands like me you’ll probably love this feature for recording smoother videos. And, as mentioned before, who doesn’t want unlimited HDR+ quality photos stored in their cloud?

This feature is meant for all the people out there who are crazy for every single update. The good news is that all the updates are going to be downloaded and installed automatically.

The phone includes a system meant to support all users 24/7.

If you watched the launch event, you must be familiar with the human-like actions performed by Google Assistant that were shown by Brian Rakowski.

Fingerprint scanner at the back of the phone maximizes security for the users as opposed to traditional lock methods.

You get to have 4 GB RAM with 32 0r 128 GBs of storage. This will cost you $100 for the upgrade, though. Combined with all these features, we can say that Pixel is a good deal after all. Pre-orders for these phones have started so you can go and get yours!