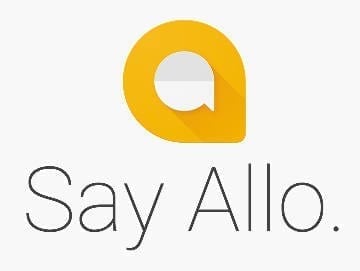 Welcome Allo, Google’s latest messaging app which “helps you say more and do more right in your chats”, according to Google’s blog post. One of the best features of this app is an increase in usage is directly proportional to the improvement in it over time. Allo is an app that helps you stay connected with your friends, family, and colleagues. All you need to have is their phone number in your contact list and Allo on their smartphone. The colorful journey includes not only messages but also GIFs, stickers, and a feature that helps you doodle on your photos.

Is Allo A Replacement for Hangouts?

If you are thinking that this app is here to replace Hangouts then the good news is that it’s not. Google knows that there is a huge number of people who are using Hangouts. They would not want to switch to Allo because of their attachment with Hangouts that has been out there for so long.

One of the differentiating features of this App is Google Assistant. If you’re familiar with Apple’s Siri, it’s a tad bit similar to that, however, it texts you, unlike Siri who speaks. The Assistant gives you time, talks to you a little and is capable of giving you a weather report or current news. It also offers you to receive a poem daily, if you wish. If you are in for some great comebacks and answers, Assistant is really not the thing, at least not yet. It mostly directs you to a webpage when you ask some questions. If you’re planning on going out with your friends, Assistant would give you a list of restaurants nearby to choose from. It also suggests responses to several messages but they never really fit the context of the conversation and if used again and again, they end up making the conversation very impersonal.

Allo has its pros and cons like any other App that we use. The major downside comes when you get to know that Google has set Allo to know and monitor everything you say. Your conversations are being stored for an unknown time period. This is done in order to improve the working of Allo. If you don’t want your conversations to be monitored, and you turn on the “incognito” mode, access to Assistant gets instantly blocked.

Comparison with other Apps

If you are in the mood for video calling, you can’t do anything about it. For the purposes of video calling, Google has recently launched Duo so will have to install that if you don’t have any other app like Skype or Tango. The two apps, Duo and Allo, however, are not linked by any means.

Unlike other such apps, Allo can’t be used by Mac or Windows users yet. If you want to talk to your friend who owns an iPad or other a tablet, Allo won’t help.

Allo simply needs more time to bake. You might like it for the Assistant feature. But it’s yet not convincing enough to make you switch from your go-to messaging app.