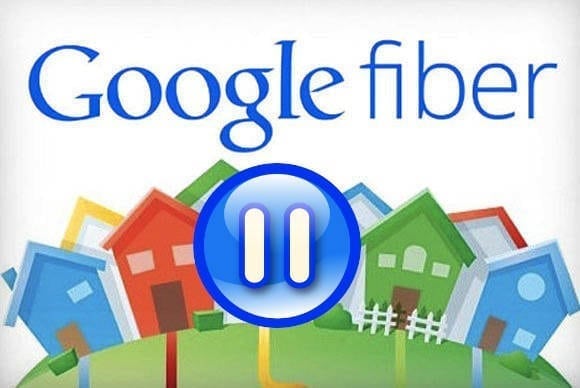 Google Fiber has given those with painfully slow internet speeds hope that they won’t have to suffer much longer. It gave us hope that super fast Wi-Fi internet speeds would be available in the near future; speeds up to 1,000 megabits per second.

Unfortunately, Google has announced this Tuesday that it has postponed their plans to expand into more U.S. cities. The cities that they are currently pausing the expansion include Oklahoma City (OK), Chicago (IL), Tampa (FL), Jacksonville (FL), San Jose (CA), San Diego (CA), Los Angeles (CA), Portland (OR), and Phoenix (AZ). These cities will experience a minor delay in the infrastructure needed to operate at such speeds. This will lead to a dismissal of a combined total of 9% of Google Fiber workers. Along with these layoffs, the CEO of Google Access will step down as well. Farewell Craig Barratt.

These are his comments on the issue, posted on Google Fiber’s blog:

“These changes to our business and technology will have some immediate implications. Some of our efforts will remain unchanged, but others will be impacted. In terms of our existing footprint, in the cities where we’ve launched or are under construction, our work will continue. For most of our ‘potential Fiber cities’—those where we’ve been in exploratory discussions—we’re going to pause our operations and offices while we refine our approaches…

In this handful of cities that are still in an exploratory stage, and in certain related areas of our supporting operations, we’ll be reducing our employee base.”

There have been previous reports of Google wanting to cut Google Fiber’s staff before. The tech giant has been recently turning towards a more wireless and hardware-based company. The new Pixel and Pixel XL smartphones are the first to be made by Google. They run pure Android and is expected to compete highly with Apple’s iPhone 7 and 7 Plus. Google’s home services and interest in virtual reality may set a bright future for the technology company.