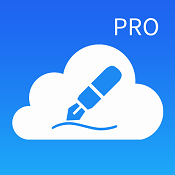 TurboNote claims to be the first and best app which supports Google Keep and has been developed by the people behind Safe Mail for Gmail. You can use TurboNote to create, edit and delete notes. These notes are stored in the Google cloud server so you can use any device to edit or view your notes for example iPads, laptops, Android devices etc.

TurboNote has recently added support for TouchID and is optimized for the larger screens of iPhone 6 and iPhone 6 Plus. You can also allow access to other users and even add photos to your notes. You can have up to 5 Google accounts linked to TurboNote. The app also has a passcode security feature.  It is arguably the better of the two Google Keep for iOS alternatives we’ve listed here.

GoKeep is another app that brings Google Keep to iOS. It claims to be a very popular productivity app on its page. GoKeep has almost all the features that TurboNote has. Some features that are not supported by TurboNote but are provided by GoKeep are the offline mode, notifications, and reminders. This is more convenient because you can still use the app even when there is no internet connectivity.

GoKeep, too, has TouchID support and is optimized for iOS 8 and for the screens of both the iPhone 6 and 6 Plus. The interface is more in line with Google’s as compared to the one provided by TurboNote. GoKeep, however, supports only two Google accounts although I think two are enough and no one really needs 5.

These aren’t really powerful apps on their own. We recommend SimpleNote if you want cross-platform notes syncing on iOS; until then these two Google Keep for iOS alternatives shall do for now.

Google Inbox is also another low-key product you should check out.