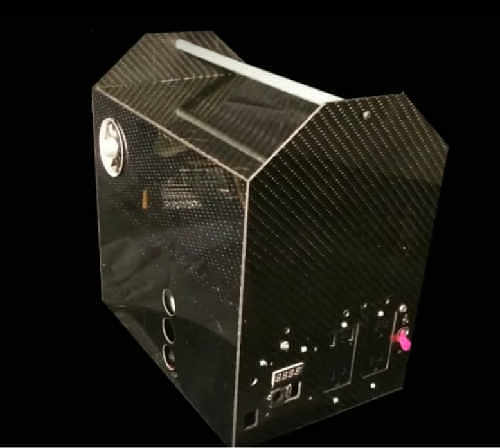 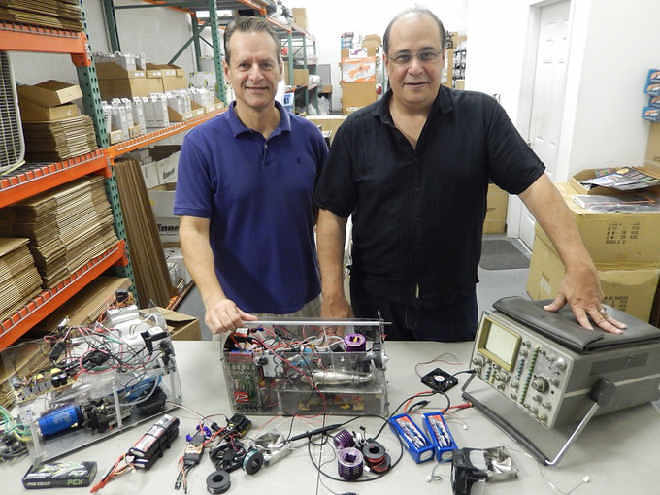 While attending CES I discovered that two friends of mine, Joaquin DeSoto and Jorge Miranda, the co-founders of Deneba Software, were exhibiting their new product at the show in partnership with Walkera. Deneba was the company where I got my start as a software support manager many years ago. Today, Joaquin DeSoto and Jorge Miranda are the CEO and CTO of GenSmart. They have basically reinvented the portable generator.

The unit can handle loads of 1000 watts continuous or 2000 watts of a surge. The GenSmart 1000 has a built-in battery and a smart computer system that allows the unit to provide power without the engine running. Once the load exceeds the battery’s capacity, the motor starts automatically. It has 120-volt outlets as well as USB ports for charging handheld devices.

So why methanol? Gasoline is very flammable and has a strong odor. Alcohol fuels are renewable, less flammable, and virtually odor-free making them ideal for storage in an apartment, home, or business. GenSmart makes the only urban/apartment-friendly generator.

I love the great outdoors, but I also like to have my gadgets close by, including a MacBook Pro, iPhone, iPads, SLR camera, hairdryer, etc. I have a portable power supply from Duracell but once it runs out of juice, game over. The GenSmart 1000 is on my list for my portable as well as emergency power needs.

So why was GenSmart exhibiting with Walkera at CES? Walkera designs and produces aerial models, quads, or drones. Apparently, the GenSmart 1000 is not the smallest power plant developed by GenSmart.

The GenSmart Range Extender is the next evolutionary step for quadcopters. As someone who dabbled with quads, one of the first realities you learn is not to expect long flight times with existing battery technology.  8 to 15 minutes tops have been my experience. What the GenSmart Range Extender has done is increase the flight time for a drone that weighs 1 to 2 Kg from 15 minutes to over an hour. This is clearly a game-changer for larger drones. The GenSmart Range Extender burns chemical fuel in flight to charge batteries or provides power during flight. The energy density of the generator with fuel is anywhere from 2 to 4 times that of current battery technology. You can also start and stop the engine mid-flight, so if you need to minimize noise during your flight, you can.

The possibilities for a hybrid combining smart power with drones with extended flight times are vast.  A drone fitted with a remote-controlled HD camera and gimbal will certainly find its way into news organizations, the film industry, law enforcement, the Department of Interior, and Defense to name a few.  Just about any application where a helicopter or battery-powered drone is used for aerial photography or filming will benefit from GenSmart’s innovations, not to mention the cost savings.

Check out this video to learn more about the GenSmart, Light, Smart, Portable Generator

Congratulations guys, I wish you much success!