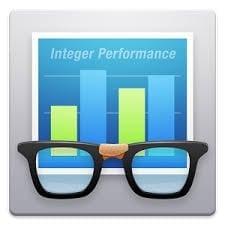 GeekBench is a pretty popular app and one of the platforms it is available on is iOS. Thousands of users have used GeekBench to benchmark their iPhones, iPads and iPods. There is now an updated version of the well liked performance app ready for download on the iTunes App Store. What’s more important, GeekBench 3 free can be had on the App Store temporarily!

GeekBench 3 has been fully optimized to work on devices running iOS 8 and fully supports machines sporting 64 bit processors. Improvement in support for iPad Air 2, iPad mini 3 has also been made in this release of GeekBench 3. There are a number of tests which come with GeekBench 3 and they are all pretty accurate purportedly. The developers claim that the set of tests that can be performed with GeekBench 3 are quick, reliable and comprehensive. You could use GeekBench 3 to test both your device’s processor as well as memory. The newest version, however, has seen the addition of another very pragmatic test which is for the performance of your device’s battery.

An important goal of GeekBench 3 is to simplify the tests and the results of benchmarking to suit the average Joe. This is why the focus has been on designing tests that are simple to run and results that are easy to understand. Similarly the interface is also very clean and clutter free adding to the uncomplicated usability of the app.

When you have downloaded the app open it and just run it to get the scores. GeekBench 3 will run some algorithms on your device and calculate scores for both Single and Multi Core performance with 2500 as the baseline score. The higher the score the better. After completion of the test your score will be uploaded to their website if you allow. All you need to know is that larger numbers are better and results of benchmarks ran on other devices are available on their website for you to compare. The battery benchmark runs in the background and will conclude when your phone or tablet dies. You can then just connect your device to a power source and view the scores from the app.

GeekBench 3 is a great little tool which is available for free on the App Store and it is fun to use so you should get it and give it a spin.