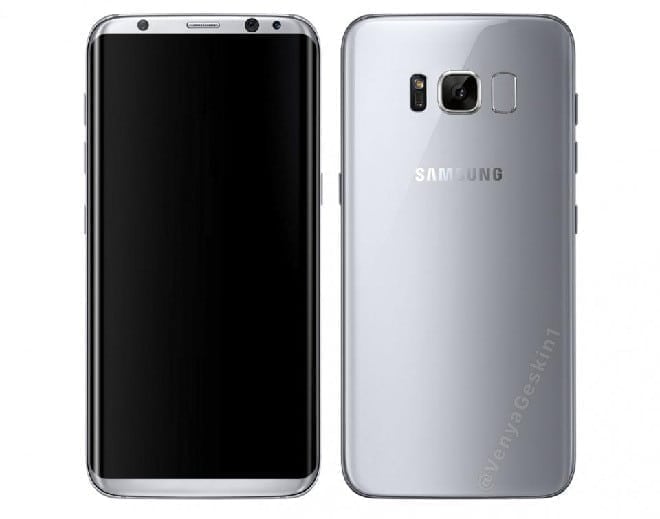 With the liability of being a comeback kid, the latest Samsung flagship smartphone is due in a couple of months. The Galaxy S8 rumor mill churning. The phone, Galaxy S8, is the first big venture after Galaxy Note 7 disaster.

The specifications and details of the new phone are present in many rumors for the time being but things are beginning to clarify as the launch date approaches.

The main features of the Galaxy S8 will be

It has become the tradition that the latest Samsung phone wins the “best display” crown from Displaymate, and rumors are the tradition and will continue as the new Galaxy S8 comes out. After the Note 7 debacle, it seemed that Samsung would opt for the 4K resolution for the next phone but the latest news confirms that the company has decided to save it for the future. For now, Galaxy S8 will stick to the 1440×2560 quad HD Super AMOLED display of its predecessor while manufacturing it using a new material to make it more power efficient.

According to SamMobile’s sources, the company tends to increase the sub-pixel count from 7,372,800 to 11,059,200. SamMobile claims the change will “provide a noticeable improvement in virtual reality environments.”

However, Evan Blass, a notable leaker suggests that one of the models will have a Quad HD+ Super AMOLED screen which will serve as a big improvement to the S7.

According to SamMobile, the display size of the new Galaxy S8 will be even bigger, somewhere between 5.7 inches and 6.2 inches with at least a more than half inch increase in size than the S7 and the S7 edge and comparable to the Note7. Most rumors support the 6.2-inch claim however the mystery remains until the S8 is released.

To edge or not

Now news speculates the number of phones Samsung will release this year. Rumors are that S8 models will opt for the Edge look with a dual curved screen.

Bloomberg reported that the S8 “will only come with wraparound displays,” According to the latest reports, the Galaxy S8 will come out as a regular flat model and a curved edge variant.

According to the details shared by Guardians  “infinity display (that) will cover the majority of the front of the device, with a very little body on the top and bottom of the screen not dedicated to the display.” Both versions of the phone “will have screens that curve down to the left and right sides of the device similar to the Galaxy S7 Edge,”

Another Galaxy S8 rumor is that the new S8 will be without a physical home button and this feature will be much similar to the other buttonless android phones. The phone will have virtual buttons which may appear when needed but its still not clear if Samsung will allow button customization or not.

Samsung is known for the best camera phone till date. It seemed like the google pixel has beaten Samsung in the race but the new Galaxy S8 will have a 30MP rear camera. A tipster to Weibo says the phone will go dual lens, with 13MP and 12MP cameras. The front camera will be 8MP will reports indicating better autofocus for selfies and an upgraded selfie shooter.

When it comes to battery Samsung will continue its trend with an Exynos 8895 processor with ARM’s Mali-G71 GPU on tap. There will be a performance improvement of 1.8 times that the S7. The Qualcomm chip will be the recently announced 10nm Snapdragon 835, and a recent report suggests it may be exclusive to the Galaxy S8 at launch.

The Galaxy S8 may cost 15 to 20 % more than S7 to the manufacturer due to the rising raw material prices.This indicates that the flagship phone is most likely to cost more than $800 for entry level buyers however it is still unclear how much additional costs will be passed on to buyers. Since Apple has recently increased the price of its plus-sized phone, therefore, it is quite likely that Samsung will do the same.

According to the company, the phone won’t be making its debut at Mobile World Congress this year.  According to a Wall Street Journal report, the S8 won’t actually arrive until April. The S7  was open for sale on March 11, 2016, but an April release may prove helpful to avoid the disaster if faced with Note 7. ET News claims that April 21 will be the official launch date for the S8 in all markets. If this is true, that is when the Galaxy S8 rumor mill will cease.