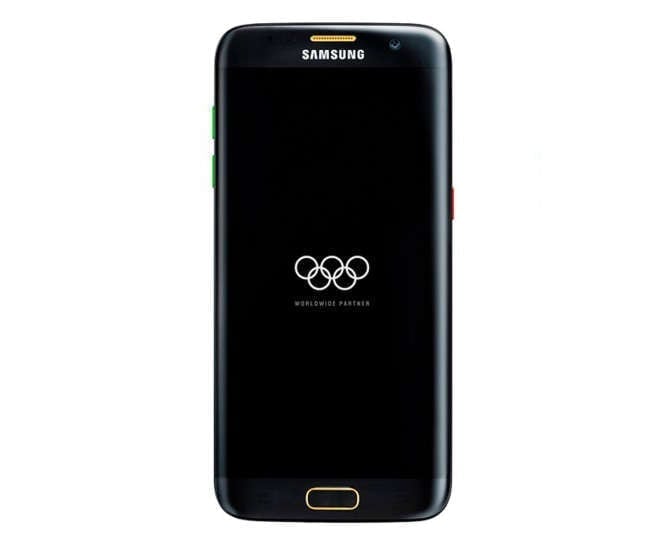 The 2016 Olympic Games, which are to take place in Rio, are fast approaching. On this note, Samsung Electronics, Worldwide Olympic Partner in the wireless communications equipment category, unveiled the Galaxy S7 edge Olympics Games limited edition earlier this month in Sao Paulo, Brazil. The company also announced the Rio 2016 app. Also on the ground activations in various parts of Brazil. This will officially start Samsung’s global Rio 2016 Olympic Games campaign.

Samsung has collaborated with the International Olympic Committee (IOC). They will be delivering 12,500 Galaxy S7 edge Limited Edition phones to all the Rio 2016 Olympians. This is in order to make this a memorable experience for them. In addition to the limited edition phones, the Olympians will also be given the newest smartphone accessory, the Gear IconX cord free ear-buds.  These can track fitness updates when paired with the smartphone via the S Health app.

“Sports are all about an individual’s relentless journey of challenging complacency, and the Olympic Games are the ultimate global celebration of the progress and achievement of athletes, countries and their fans coming together to unite the world’,” said Younghee Lee, Executive Vice President of Global Marketing, Mobile Communications Business at Samsung Electronics. “Samsung admires the spirit of Olympians and fans across the globe who continuously push boundaries for the better.”

“Samsung’s technology has helped to engage with fans and especially young people around the world. The IOC is grateful for their partnership in providing Samsung Galaxy S7 edge Olympic Games Limited Edition to the athletes that will compete in Rio de Janeiro. This will enable the athletes to connect with their friends, family, and fans and share their amazing experience at the Olympic Games. With Samsung’s support, we look forward to inspiring people everywhere with Olympic Values, the unique experience of the Olympic Games and the power of sport,” said IOC President Thomas Bach.

For the first time in history, these limited edition smartphones incorporate an Olympic Games design embedded into the phone itself. The phone features a custom pattern including the five colors of the Olympic Rings. Furthermore, the colors of the Olympic rings will also be prominent in the phone’s user interface.  They are embedded into different system apps such as messages, home screen, the dial and contact screens. Rio 2016 Olympic Games themed wallpapers will also be preloaded on the phones.