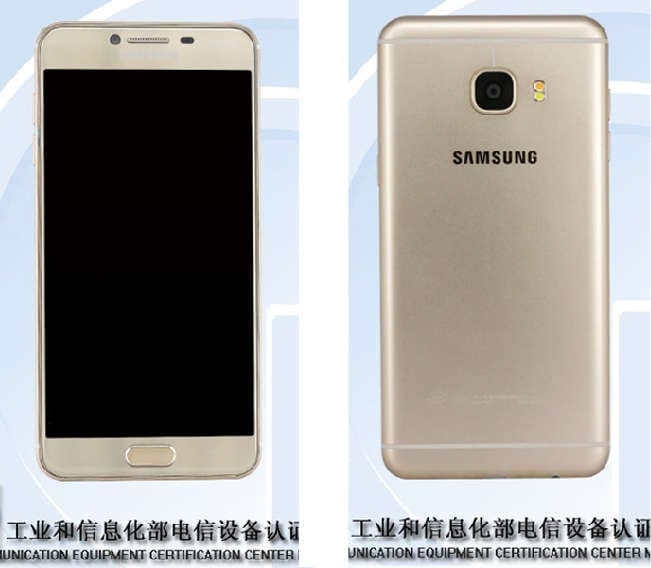 Samsung is likely to introduce Galaxy C versions in China by the end of this month.  Two models of the series are likely to be introduced, Galaxy C5 and Galaxy C7.

The smartphones are likely to be released on an event scheduled on May 26. There have been rumors in the media that other devices may be unveiled by Samsung in this event.

A few days back Samsung Galaxy C5 was approved by TENAA certification. This certification provided us with specification details and  images of the phone had also surfaced. Now, the U.S authority for cellular devices has also approved Galaxy C5. The model number for this smartphone is SM-C5000. Having been approved by the authority; Galaxy C5 will be unveiled in U.S soon.

It has been confirmed through an FCC report that Galaxy C5 will be powered by a 2600mAh battery. TENAA certification provided us with a full list of phone features. The phone will have a 5.2-inch display screen with 1,080 X 1,920 FHD resolution. The phone features a 16 MP rear camera and an 8MP front camera for selfies and video chats.

The smartphone has an octa-core Snapdragon 617 processor and an MSM8952 chipset. The phone also has 4GB RAM and an additional 32GB memory storage. 64 GB memory storage for the phone is also available but it will be more expensive than the 32GB version. The device will also support up to 128 GB microSD. Adreno45 is used for graphic processing.

The device will operate on Android 6.0.1 Marshmallow OS. The phone offers 4GLTE, 2G,3G,USB, Wifi, Bluetooth and GPS connectivity.  The phone will be available in different colors including gold. The expected price of the phone is $245.