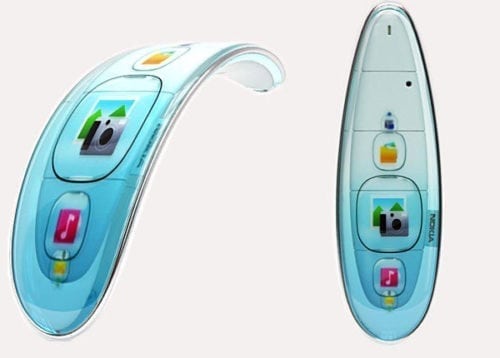 This article explores some concepts for future phones. Although some of these designs have been around for a while they may very well find their way into our hands in the future. This article was contributed by Joshua Robinson. Joshua Robinson is a writer at https://edubirdie.com/, entrepreneur, and a tech evangelist with expertise in the area of Computer Programming. He enjoys writing about tech-related to music, culture, politics and more.

1. The concept of a flexible phone from Nokia HumanForm 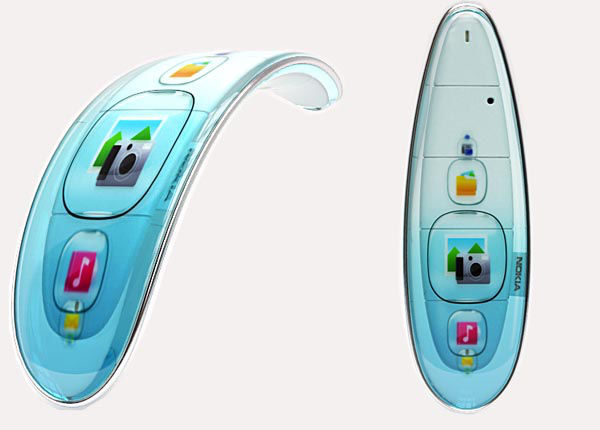 A specialist from Nokia has created a perfect example of upcoming smartphones, which differs from the others by its incredible flexibility. This model was called Nokia HumanForm. The concept has a flexible structure and a very interesting design. It is worth to mention that with specific bending, the user controls certain functions.

The Nokia HumanForm screen is flexible, but it’s also as transparent. The touch panel covers the entire front of the phone. An interface framework is also flexible. For example, bending the body changes the scale of the picture on the display. In addition, gestures also control elements in three-dimensional space but note that such management is already on many modern smartphones. Nokia HumanForm has “electro-tactile” display technology, which means that the owners of these future phones can experience the feel of objects in a photo.

2. The new concept of “Palette” phone 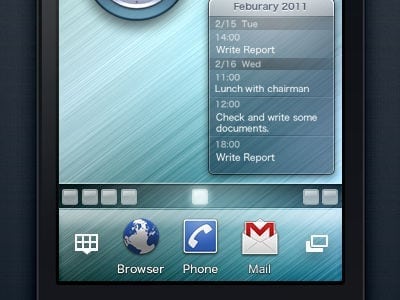 The entire population of the world is accustomed to news from companies manufacturing cellphones. News about the release of new models of their toys. These devices, which are based on increasingly new operating systems, which in turn are aimed at increasing the multitasking of the cellphone. It means that there is a hidden race for the functionality and speed of smartphones. Otherwise, it does not matter how advanced the OS is since it is limited by the hardware. Users could use only one screen, and manage the cellular phone on the same plane. Kunihiko Nakata dared to cancel this restriction and introduced the concept of a new gadget with three touchscreens. Two of which are on the front sides of the cellphone, from above and from below. The name of this phone is “Palette.”

Additional displays are an excellent continuation of the main screen cellular phone “Palette.” You can install anything on additional screens, namely, you can install a music widget, social networking widgets, and similar labels. This is a very nice notion. 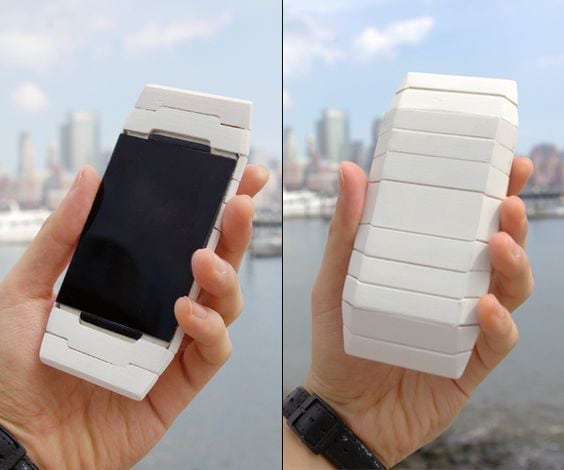 With the development of telephony, cellular phones are becoming thinner. Even now it is difficult to take them off the table. Modern communication devices seem to be trying to merge with the plane, “stick” to it. The little-known Korean designer Youngwang Cho offered his project “super smartphone with muscles.”

The designer offered the concept of a super cellular phone, which in itself is unusual. During a call, the owner of the smartphone will be able to notice the call not only with the help of sound or vibration, but his attention will be attracted by changing the shape of the smartphone. This effect is achieved due to the special design of the future phones’ enclosure, consisting of interconnected elements. This solution allows you not only to change the form of the cellphone, but also it is more convenient to keep it in your hand.

This device, responds to the call of a subscriber from other subscribers, is more unusual than its competitors, namely, the smartphone arches while the incoming call comes in. It takes the intended form and it is very easy to take it from the table and answer the call.

4. The concept of a transparent smartphone from Nokia 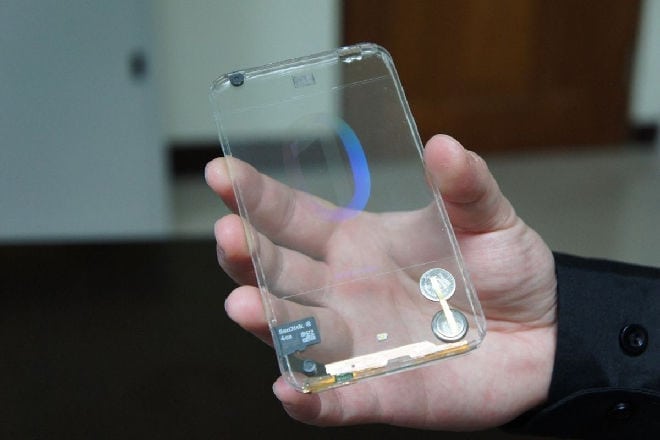 The Finnish company Nokia has announced a brand new smartphone innovation that is radically different from others, and not by its own characteristics. The body is transparent and wrapped with an antique frame to preserve the integrity of the smartphone. Nokia 802 is a very beautiful, but at the same time very functional transparent smartphone.

This miracle of technology operates on the Symbian Belle operating system. This is the idea of Thair Juji (Thair Joudi). Proceeding from this, it is worth saying that Tair believes that Symbian is a very promising operating system and that future phones are for it. The body of this transparent cellphone is made of an unknown transparent material, the origin of which is also unknown to anyone. The concept, by the way, was, as it were, “advertised” by the directors of the film “Living Steel.”

Gwen Federic has created a brand new, completely new smartphone concept that is among the most expected upcoming phones. LG Auki – that’s the name of wonder-flexible android phones that can easily turn around your wrist or take a wavy form, just for the sake of beauty. The female half of humanity should like this smartphone due to the bright design and the ability to change it with the help of new wallpapers that are downloaded to the smartphone’s memory card. And yet this wonder-novelty has a unique and interesting design.

In any form, this flexible device keeps the shape of a modern cellphone. It perfectly takes a signal, and to charge its batteries uses solar panels that are located along the entire body. In “Dead zones,” with powerful reinforced concrete structures and lack of sunlight, the gain of the GSM signal and the usual 220-volt socket will help out.

Note that the large dimensions of this flexible smartphone do not reduce the potential of its functionality. Basically, this was achieved due to the fact that the cellular phone uses the resources and power of Internet resources. “Cloud” service allows with virtuosity to change the volume of energy consumed by the smartphone. Auki supports the functions of a conventional cellular phone.

The release date of these future phones is not established yet, as well as their price. These are still considered to be concepts for future phones.