Bringing together households and cities through interconnected cyber networks is one of the fastest-growing technological advancements most tech professionals have been angling for over the past several years. It’s the kind of goal that promises to make our lives more convenient and automated, yet that automation may prove to be a security concern for which we have no quick and easy answers.

Calling the Internet of Things an inherently insecure system is a touch melodramatic; It’s not like everyone participating in a network is lax with their personal security standards. It’s more that the wider picture of the IoT creates several points of weakness not inherent in other network types that can and have been exploited.

Recent news cycles covering mass leaks of user data from various companies can push a sort of security fatigue on us, yet the importance of staying secure when devices are becoming more deeply ingrained with one another only becomes more important as time goes on. When freely available web search engines can stumble across unsecured webcams with security issues leading back to the producers of those systems, one has to wonder about the long-term goals of manufacturers and programmers alike.

If a company focuses more on saving money than shoring up defenses for inevitable security conflicts, expect a snowball effect as more and more poorly secured devices latch on to one another to create a network of insecurities. Building networks around trustworthy devices, especially secure routers and other central points, helps set a security precedent that keeps the rest of your network safer accordingly. Better yet, this keeps other networks more secure by ensuring your network isn’t a vulnerable point by extension.

Primary concerns revolve around the use of connected devices in a botnet perpetuated by IoT connections, which could quickly inflate in processing power beyond the normal rate of transmission for a bot network. Vulnerabilities in a network so tightly connected are prime for exploitation and proliferation. Worryingly, as many as 35 percent of IoT device owners do not change the default password on their device, which practically begs for security breaches to occur.

As always, security solutions rest both in the hands of users as well as manufacturers, but many long-standing issues lie in the realm of users simply not adapting to current standards of security as quickly as they should. For example, two-factor authentication adds a layer of physical authentication to a network that can be more difficult to defeat than simply doubling up on third-party security, yet the very same networking that makes the IoT viable may also lead to two-factor authentication weaknesses in the future.

Some of the greatest concerns we currently face trend towards the realm of corporate security; With so many corporations undergoing security leaks that lead to hundreds of thousands of pieces of consumer data reaching the open internet, one has to wonder how quickly these numbers will inflate if company security fails to adapt to a world where devices mesh more freely. Certain networks need to be constructed to stand separate from more heavily vital infrastructure.

Conversely, home user networks have more to fear from a lack of adaptation to changing security protocols and responses to common attacks than corporate spy games. Some users outright balk at the idea of upgrading devices regularly, yet updates in an IoT setting are almost certain to fold major security patches in with quality of life changes amongst other things. Urging users to take steps towards security for their own benefit is almost as important as keeping the networks updated properly in the first place, yet maybe even more difficult and time-consuming than software development.

Above all, stressing the importance of individual security in an age of group information sharing continues to rise in importance as IoT adaptation rises accordingly. Developing two-factor networks with regular updates and then stressing the importance of those updates with the end user are just a few of the more vital portions of IoT security, making this as much a battle of information as it is a war of escalating infiltration methods. Security will depend on all of us. 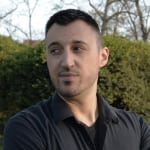 Author: Philip Piletic – My primary focus is a fusion of technology, small business, and marketing. I’m an editor, writer, marketing consultant and guest author at several authority websites. In love with startups, latest tech trends and helping others get their ideas off the ground.

More on this topic: A Connected World Or A World Full Of Holes

Internet of Thingssecurityvulnerabilities
Previous ArticleAn Interview with Jay Kim: The Founder and CEO of JemJemNext ArticleIoT and Woodworking – A Match Made in Wood Chip Heaven