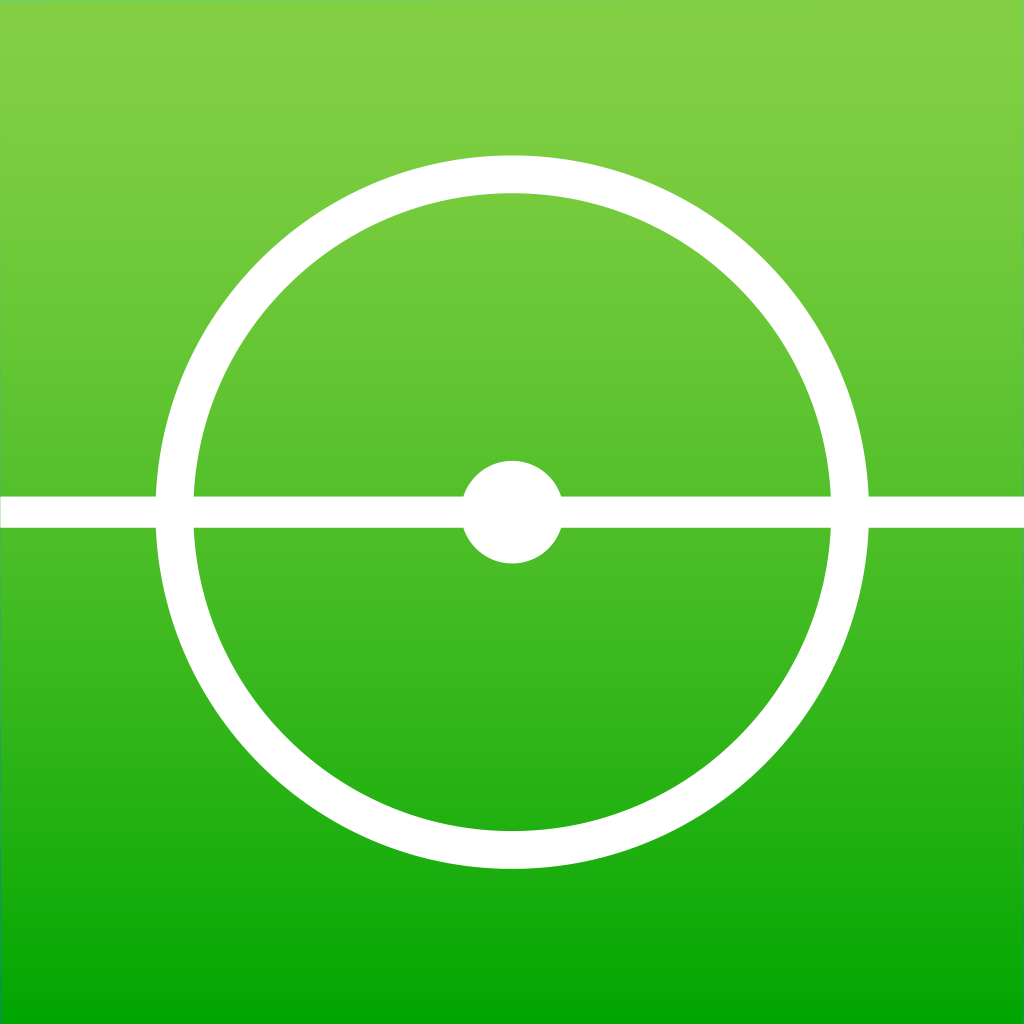 Full:Time is the latest app of interest for football fans to hit the App Store, and its beautiful and navigable interface and a great set of features might make it one of the best. 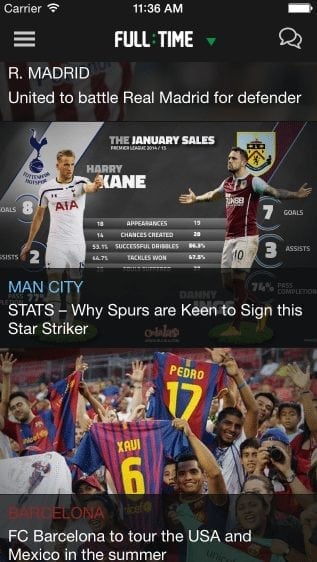 The sports industry is estimated to be well above the $1 trillion mark for the entire world. There is no lack of great sports apps on the App Store, each with a unique look and features and since football (soccer) is the most popular sport in the world (last years World Cup final logged 26.5 million views, although it’s in close competition with cricket) most of them focus on football. Apart from that, a lot of apps focus solely on football for those die hard fans who don’t need to track any other sport. One such app to enter the playing field is Full:Time.

Full:Time’s basic set of features doesn’t include a lot of new things, but that doesn’t mean it isn’t great to use. It’s basically an all in one app to keep track of your favorite teams and competitions in the football world, keep up with the latest news, get match schedule and score updates and share all of this with other fans or with your friends.

Like other sports apps, Full:Time lets you customize your news feed by choosing the teams and competitions for which you want to regularly receive news and notifications. The news feed content is said by the developers to be generated from hundreds of sites, blogs, newspapers and social media sources bringing you instant access to all the latest news and rumors. Full:Time has match listings and results for all major competitions and leagues across the globe, and with the latest update you can follow any match from any league to get live updates (you can also turn on push notifications). 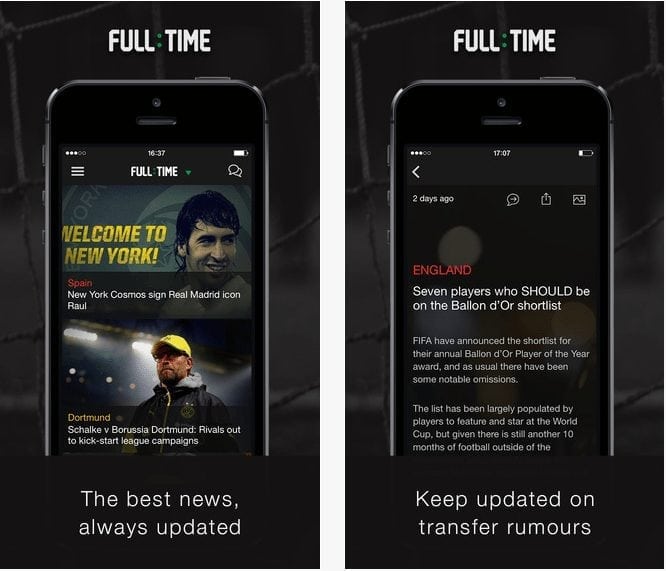 For those who like to share and interact, the groups section is a great place where you can join various pricate groups with other fans and share your opinions and news and join in debates. The app has an easy sharing feature which allows you to share to these groups. With the latest update, WhatsApp and Facebook Messenger integration has been added which allows you to easily share to your other friends as well. Also, they’ve added goal highlights of matches and a newspaper section to keep track of the print media, ensuring that you get all that you need in one place and you don’t have to leave the app for anything. 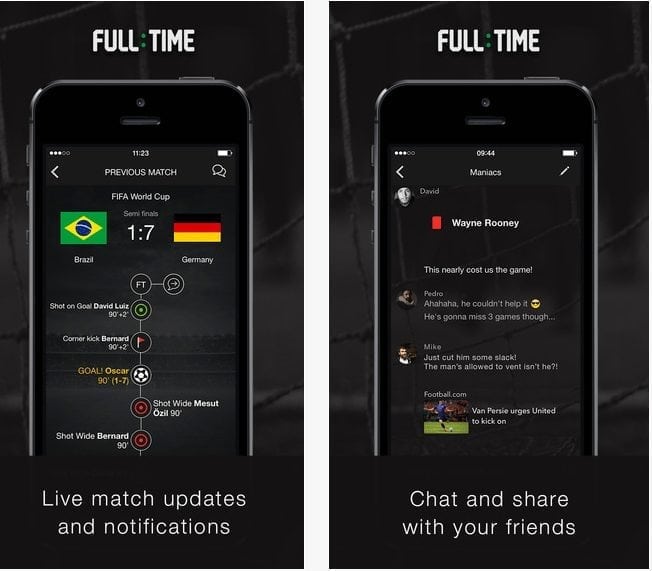 Currently, Full:Time features all the above mentioned content from a number of major competitions such as the UEFA Champions League and Europa League, the Premier League, F.A. Cup, La Liga and other Spanish cups, Bundesliga, Serie A (Italian league), Ligue 1 (French league),  and leagues from Brazil and Portugal with the promise of more competitions being added soon.

Full:Time is also available in a variety of different languages (some of which I’ve never even heard of) including English, Spanish, French, German, Russian, Chinese, Italian, Japanese, Dutch, Danish, and many more, a full list of which can be found on the App Store page.

The interface of the the app is one of its biggest features, its beautiful and easy to use with good navigability. It requires iOS 7 or above and is compatible with the iPhone, iPad and iPod Touch. Best and most unbelievable part is, it’s free!