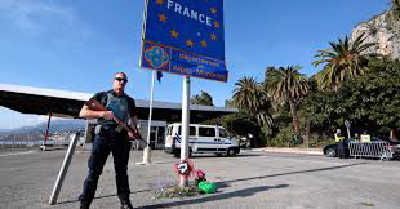 According to a report by Bloomberg, the French government is trying to pass a law under which any tech company that refuses to decrypt data that could be used in terrorist investigations, could lead to tech executives facing five years as jail time and/or fines of various amounts.

This means that if in the future, Apple refuses to give access to data to law enforcement agencies in France, it could lead to the imprisonment of its executives. This bill will give the security agencies the right to encrypted data and it can also force tech companies to cooperate.

This will all depend on whether the bill is approved in a vote in the months to come. The bill has outlined the amendment as “strengthening the fight against organized crime, terrorism, and financing”.

The bill has been approved by the lower chamber of the French government on its first reading. A majority of 472 votes were for the bill while 32 votes were against the bill.

According to the amendment’s Chapter I of Title II of Book IV of the Criminal Code, if any private organization denied to follow judicial orders to provide encrypted data for a terrorist investigation; the private organization will be punished with a five-year jail time and a fine of €350,000 will be imposed on the company.

The amendment also states that if any individual refuses to share knowledge regarding terrorist activity, the person will be imprisoned for two years and a fine of €15,000 will also be imposed. Once the bill has been cleared by the lower chambers by the end of this month, the bill will be reviewed by the French Senate. The senate could amend the bill but the gist will remain the same.

This bill forces companies like Apple to cooperate with the security and law enforcement agencies even if the company doesn’t have the decryption key to the device. Apple is currently in a legal battle with the FBI because according to Apple a locked iOS device cannot be decrypted by brute force. Microsoft, Google, and other tech giants are also in support of Apple.

This step has been taken by the French opposition so as to force disclosure of any information that could be vital to investigating terrorist activities and for the safe being of the public.