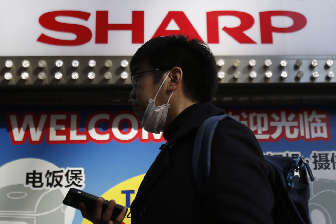 According to the latest news about the acquisition of Sharp by Foxconn, a Taiwanese company formerly called Hon Hai Precision Industry Co., might just be coming to an end, according to Reuters.

Reuters reports that the two technology giants of the south Asian world will sign the final deal on this Wednesday. This will be done following a board meeting to approve the deal. However, it may be astute to say that Sharp will not actually be jumping for joy on completing this deal because of certain revisions in the term of the contract. Foxconn is apparently reducing its previous offer of $4.3 billion for shares of Sharp by an estimated $884 million. This is thought to be caused by Foxconn discovering liabilities at Sharp in February 2016 which caused a delay of one month in the signing of the deal. The liabilities came to the forefront when Sharp Corp stated that the annual earnings of the company are going to be lower than the guidance in its official literature due to a slump in China’s market for its products. There has been no comment from either company on this particular leak.

This deal will prove to be quite a big change for Apple’s suppliers as it would allow Foxconn to make big products and allow it to manufacture them completely under its own supervision and using its own production plants. It will also be one of the largest acquisitions made by a foreign company for a Japanese technology company. In order to negotiate with the Taiwanese company, Sharp reportedly turned down rival offers by a company backed by the Japanese government.

The deal will also be a big plus for Apple as it is rumored that the Cupertino-based company is hoping to start production of OLED iPhones in two years. Apple will hence no longer have to indirectly support rival smartphone producers like LG and Samsung by buying OLED from them.