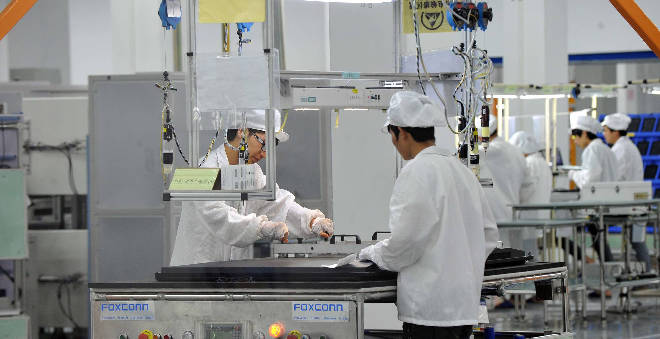 Foxconn Jobs In The U.S.?

Jobs and employment were a big part of the agenda during the 2016 presidential campaign. With both sides pitching their opinions and ideas. In the middle of that, Apple and Donald Trump developed bad blood for each other. As President-elect, Donald Trump wanted Apple to shift all it’s manufacturing faculties from overseas to the US. Which meant shifting Apple parts manufacturer Foxconn to the U.S. Recently Apple CEO Tim Cook and Donald Trump had talks over the phone in this regard. With Donald trump assuring Apple that he will provide the company some incentives to achieve the task of creating more jobs for U.S. citizens.

And with the recent development, it seems it might come true. The Taiwanese electronics manufacturer, formally known as Hon Hai Precision Industry aka Foxconn, has confirmed that it is in preliminary discussions regarding an expansion of its U.S. operations. This news of Foxconn jobs came after CNBC, an American news television channel ran a story focused on Japanese company SoftBank pledging to invest $50B and create 50,000 jobs in the USA. What caught everyone’s attention was the Foxconn logo on the right.

When Foxconn was confronted about the rumor, Foxconn confirmed that they were looking to expand into the US. But they, however, refused to disclose the numbers.

“While the scope of the potential investment has not been determined, we will announce the details of any plans following the completion of direct discussions between our leadership and the relevant US officials.”

Foxconn Jobs and Presence Around The Globe

Other than China and Taiwan, Foxconn also has a plant in Virginia which employs over 400 people. It also has other operations in more than 10 countries including Vietnam, Brazil, and Mexico.

Analysts speculate that Foxconn could move some parts of its manufacturing business to the U.S. But it isn’t feasible to move iPhone production back in a large way. The U.S. has far higher labor costs. The United States also lacks the incorporated supply chain that is present in China.