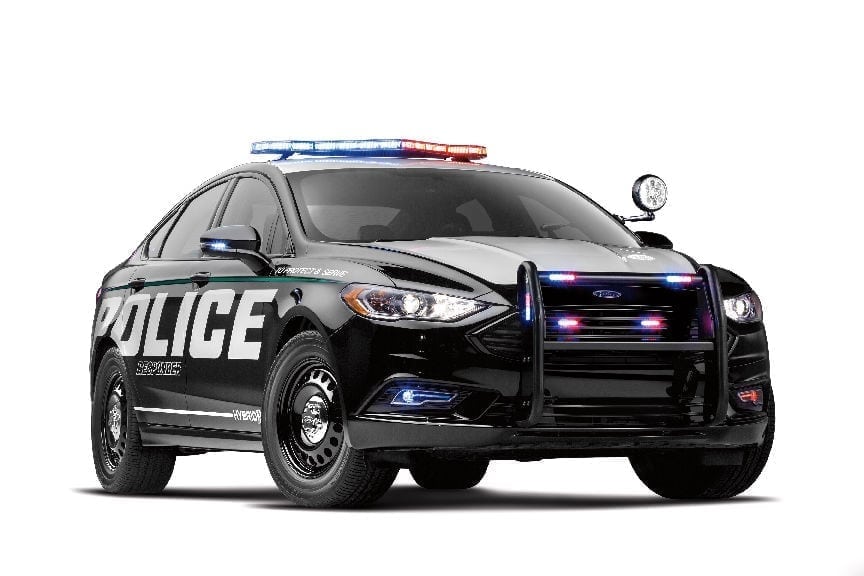 Some of us may think of hybrids as a subdued, eco-friendly means of transportation. An alternative to the traditional 100% fossil fuel option. A high-performance police interceptor is probably the last thing we would associate with a hybrid.  Well, Ford has changed that perception with the introduction of its Police Responder Hybrid Sedan. An industry first, making its introduction in Los Angeles and New York. This is the first pursuit-rated hybrid police car. It delivers twice the gas mileage of the interceptors that are currently in service. This vehicle is part of Ford’s 4.5 billion dollar investment in this type of vehicle.

Ford supplies most of the municipalities in the US with police cars, about 63% of them. What’s special about this development is that the thousands of police cars replaced by this model will significantly reduce emissions in our cities.  The mileage for this vehicle is 38 miles per gallon. This is more than double the EPA estimated 18 miles per gallon the existing 3.7-liter V6 police interceptors get.

Police cars average about 20,000 miles per year. They run for two shifts per day, every day and they spend much of that time idling. While idling the lithium-ion battery powers the electrical load. This reduces the engine run-time, saving a lot of fuel. Those savings when converted to dollars comes to about $3900 per year, per vehicle at $2.50 per gallon.

This is the first hybrid sedan with full pursuit capabilities. It gets this distinction by being certified by police agencies meaning the car is tough enough to handle long pursuits at varying speeds over obstacles like “curbs and flooded intersections”. The Police Responder Hybrid Sedan is “calibrated for law enforcement” and uses an Atkinson-cycle 2.0-liter engine supported by an electric motor fed by an advanced lithium-ion battery.  It will run on battery only up to 60 miles per hour.  The car will switch to maximum performance when the accelerator is held down for five seconds engaging both the engine and electric motor, providing peak performance and acceleration levels.

“Our mission to create safe and healthy communities in Los Angeles is achieved through sustainable approaches in community policing, and that includes embracing new technologies,” said Charlie Beck, Los Angeles Police Department Chief. “Patrol vehicles are a police officer’s office, and we expect them to not only be economically and environmentally efficient, but also an effective tool for fighting crime in major metropolitan areas.”

Ordering begins this Spring and delivers to police departments across the country by next Summer.

Check out this video.

FordHybridPolice
Previous ArticleNews From Apple And What To Expect Later This Year?Next ArticleApple Sales vs Units Sold – Fuzzy Math Clarified