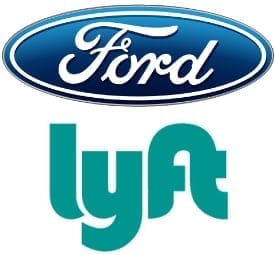 With technology moving towards autonomous driving cars, companies want to stay ahead of the curve. Each one wants to be the first one to have their cars available on the roads for citizens to use. For this very reason, Ford has announced its partnership with Lyft just a few days back on September 27th. The company plans to deploy its self-driving cars using Lyft’s platform by the year 2021.

Ford had previously announced that it will be deploying its self driving Ford Fusion Hybrid model on the roads in 2021 via a car hailing service. This makes it clear that the service being used will be Lyft. Engineers from Ford and Lyft are working together to develop a software that will allow Ford’s self driving cars to communicate with Lyft’s app.

“Think of it this way: Someday, when you open the Lyft app during a period of high demand, Ford and Lyft software will need to be capable of quickly dispatching a self-driving vehicle so that you can get to your destination as quickly and as safely as possible,” Ford’s VP for autonomous vehicles and electrification Sherif Marakby wrote in a blog “And that’s where our work with Lyft begins.”

In addition to building its own self-driving technology, Lyft has said it is creating an open platform to deploy autonomous vehicles built by other companies. Lyft already has a partnership with some of Ford’s biggest rivals such as General Motors and Jaguar as well as Waymo and NuTonomy.

“We strongly believe that leaders across industries should work collaboratively to introduce self-driving technology in a way that positively impacts our cities,” Lyft said in a blog post.

Neither company made any references to General Motors in their announcements and a spokesperson went on to add that this decision has in no way been influenced by the partnership with GM.

“no change for our partnership with GM; GM is an investor and board member but the partnership is non-exclusive. Our relationship with GM didn’t play a role in this decision.”

A spokesperson from GM repeated the same sentiments. He claimed that it will be the first to have its self-driving cars on the roads.

“This does not affect our existing business relationship with Lyft. GM’s plan remains steadfast — we are on track to launch our self-driving technology first in a ride-sharing application.”

Ford still has plans to introduce their cars separately on the road at some future date.

“We expect that our partnership with Lyft will accelerate our efforts to build a profitable and viable self-driving vehicle business. With Lyft’s network and respected brand experience, we expect our ability to scale self-driving vehicles will play a critical role in safely bringing this technology — and its many benefits — to mainstream consumers.” He went on to add “When ready, we’ll have self-driving cars operating alongside Lyft’s current community of drivers to help accommodate times of significant consumer demand to ensure that transportation remains timely and affordable,”