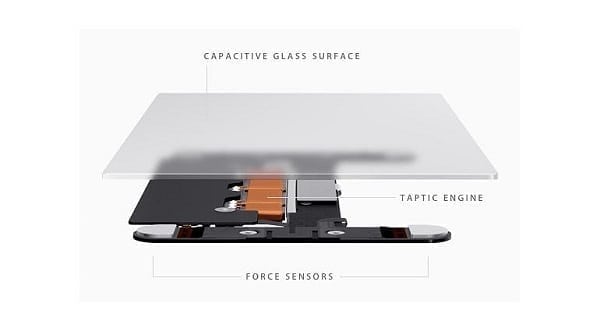 Recently, Bloomberg stated that Apple Inc. is beginning the early production of the next iPhone models. However what is interesting is that Force Touch is coming to iPhone and will feature in these models. So, what exactly is this feature and why should we be excited about it?

Force Touch is a technology through which the touchscreen of your iPhone will detect the intensity of the pressure being applied. Consequently, you can easily customize what the iPhone will do according to the amount of pressure you apply to the touchscreen. This means that you can actually perform a variety of functions on your iPhone through subtle changes in the pressure being applied. Amongst other things you can press harder to fast forward videos according to the intensity of the touch or you can realistically use apps like virtual keyboards.

We first saw Force Touch when it was announced in the new MacBook Air back in March at the Apple Event. This technology was also added to the Apple Watch and the Retina MacBook Pro and now it will be added to the next iPhone prototype.

The new iPhone prototypes will have dimensions of 4.7-inch and 5.5-inch, not unlike the current iPhone 6 and iPhone 6 Plus models. They are also going to have exterior designs similar to the aforementioned models. However, KGI Securities analyst Ming-Chi Kuo has been rumored to suggest that the addition of Force Touch may result in a
0.2mm thicker iPhone6s.

As the design of the new iPhones will remain the same, it is believed that final assembly will go smoothly, but the production volume and the timing of these phones will be effected by the supply and yield of displays for the devices.

It is expected that Apple will debut its next-generation “iPhone 6s” and “iPhone 6s Plus” in the next three months. (Even though it is not certain that the new iPhones will carry the 6s moniker, it nevertheless remains very likely because only minor changes in the previous models are expected) Rumors about the device also suggest that it may also include an improved 12-megapixel rear facing camera, a Rose Gold color option as well as gesture control support in addition to other features.