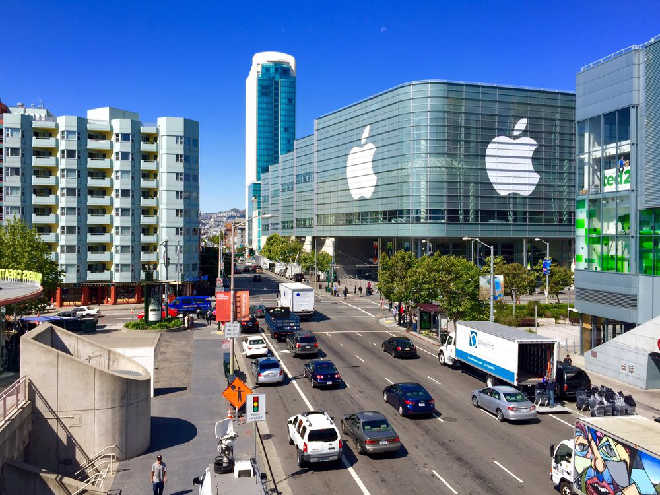 I was somewhat saddened when I learned that after 30 + years of showcasing innovation that MacWorld Expo 2014 was to be the last, at least for the time being. With Apple’s decision back in 2009 to not attend any future MacWorld Expos, the end of this amazing event was inevitable. I suppose this made sense since so much of what Apple offered at the show is now available at your neighborhood Apple Store or online. MacWorld was also a very expensive event for exhibitors and with Apple no longer attending I’m sure many companies did not see the value in it any longer. With advancements in web technology much less expensive alternatives to connect with potential customers are available.

I went to my first MacWorld in 1991 while working for Deneba Software and attended just about every one after that for about 8 years. Then again with Marware in 2007 when Steve Jobs announced the iPhone and again in 2008 and 9. For a number of years, the event was held on both coasts, at San Francisco’s Moscone Center and in Boston, MA or in New York. 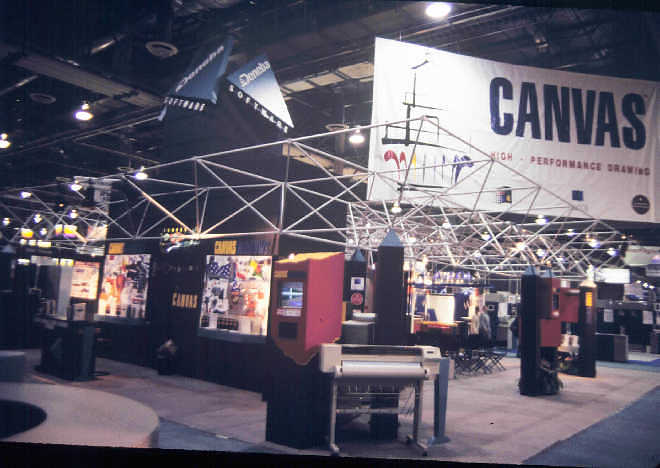 It’s hard to describe what these shows were like. There was always excitement and anticipation of what would be seen, especially in the earlier years. There was no Internet to speak of so companies relied heavily on print ads to get the word out on the latest and greatest Apple related technology. MacWorld afforded the public and the media the opportunity to get up close and personal with the products and the developers.

Unlike other shows of its type, MacWorld felt more like a movement or cultural revolution at times with so many different kinds of people walking the show. Apple’s diverse user base included; graphic artists, musicians, educators, scientist, hobbyist, business people, desktop publishers, print shop owners, journalists, user groups—just about every profession and walk of life were represented. So many companies on the brink of greatness. At my first MacWorld I found our booth next to, PIXAR who attracted huge crowds staring at their stunning state-of-the-art animations. At a later MacWorld we were close to the NeXT booth who’s demo showed off their hardware with videos playing on each surface of multiple rotating cubes, which mesmerized the crowds. Surrounded by hundreds of other companies MacWorld was Apple technology Mecca that the faithful trekked to every year on both coasts.

There were so many companies on the brink of greatness at that time. At my first MacWorld I found our booth next to, PIXAR who attracted huge crowds staring at their stunning state-of-the-art animations. At a later MacWorld we were close to the NeXT booth who’s demo showed off their hardware with videos playing on each surface of multiple rotating cubes, which mesmerized the crowds. Surrounded by hundreds of other companies MacWorld was Apple technology Mecca that the faithful trekked to every year on both coasts.

My role at the Deneba booth was usually manning a side station where I would demo Canvas or at earlier shows our other products which included ArtWorks, UltraPaint, Spelling Coach Professional, The BigThesaurus or Comment and answered questions. Canvas by far was the star of the show. I remember one year while talking to a group of people about The BigThesaurus, the late Robin Williams popped his head up in the crowd and said, “Big Thesaurus, I use that!”, and just as quickly disappeared back into the flow of traffic.  Musician and songwriter, Todd Rundgren was a big Canvas fan and spent a fair amount of time at our booth. I found out in later years that Jazz pianist and composer, Herbie Hancock was a Canvas user as well as the stage crew for Sting who came to our office in Miami to purchase copies to help with the stage design for an upcoming performance.

On one occasion in the early 90’s Steve Case, the founder and CEO of AOL approached my side station and introduced himself and handed me his business card. He was aware that I was handling Deneba’s presence on the various bulletin boards like Genie, CompuServe, AppleLink and eWorld. Mr. Case  invited me to start a Deneba forum on AOL which we did and supported it for several years.

The parties that followed the show in the 90’s were amazing events in themselves.  I remember one in particular at the Museum of Science in Boston. It was a surreal experience enjoying a cocktail and hors d’oeuvres and listening to great musicians while standing in the shadow of a T-Rex in the company of some of the brightest minds in the country. A night to remember indeed.

The show changed over the years.  The early years were more about software and hardware and it was a more exciting time in my opinion with major innovations. The last ten years or so, MacWorld felt more like a consumer electronics show. Not that there is anything wrong with that, it was just a different vibe.

One last piece of memorable trivia. The last segment of the 1995 Hollywood film starring Sandra Bullock titled “The Net” was filmed at MacWorld Expo at Moscone and if you look real close near the end of the film during the chase scene you can see Deneba’s Canvas banner above the show floor.  I remember how some of us were curious about an unmanned booth on the show floor for a company named “Cathedral Software”, which we never heard of. We later found out it was just a prop for the film.

There will likely never be another event quite like MacWorld. I feel blessed and privileged to have experienced it multiple times in my life and with the great people at both Deneba and Marware. Those were days to remember!