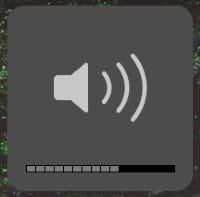 OS X Yosemite’s latest version – 10.10.2 – has a fix for volume black corner bug that has been annoying quite a few users since the launch of Yosemite itself.

A lot has been said about Apple’s apparent loss of the functional high-ground. iOS and OS X developers, and of course power users in general have strongly voiced their opinions on a distinct lack of polish in OS X Yosemite. Yes, the refreshed UI looks eye-catching, and clean, but the OS itself and stock Apple apps have several niggling bugs that deteriorate the overall user experience.

This was to be expected, though. A desktop operating system is one hell of a software; you need hundreds of developers consistently working on it just to be sure it doesn’t have glaring bugs.

With Apple following a yearly update cycle for both iOS and OS X, a lot of strain is put on developers to implement new features, and ship their code on a specific date every year. This leaves little time for testing said new features, finding and then eliminating bugs. Hence, you get a new OS X release, but with plenty of bugs that slowly get squashed months after release.

Or rather, the latest version of OS X Yosemite. Yes, OS X 10.10.2 – released a few hours ago – has the fix for volume black corner bug. Just go ahead and update OS X Yosemite from your Mac, and you will not see those unsightly black corners that have no place on a nice-looking OS like Yosemite.

bugfixesos x yosemite
Previous ArticleEasily Manage Disk Usage On iOS With Disk PieNext ArticleDowngrade iOS 8.1.3 To iOS 8.1.2 To Save Jailbreak [How To Guide]