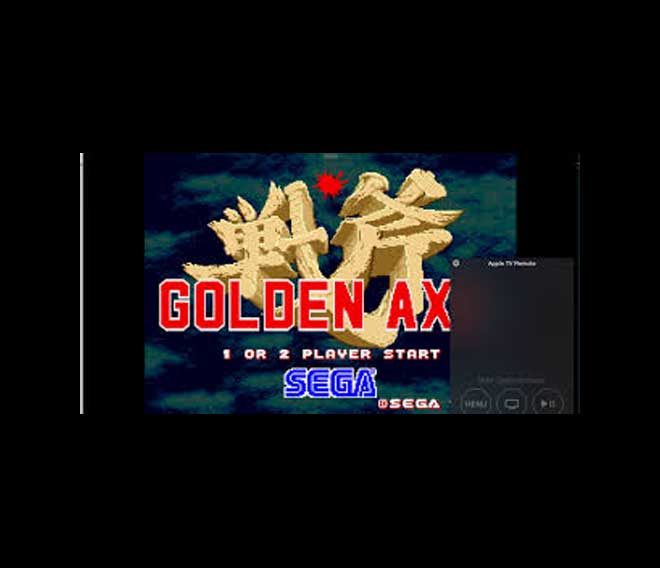 On Apple’s great unveiling, or rather revamping of the Apple TV, we were blown away by its gaming ability. According to the presentation, the Apple TV will be able to run a number of games which are already a part of the iOS landscape. The game playing ability of the device and the Wii lookalike motion remote controller with the touchpad showed how vested the device intends to be with gaming activities in the near future. The remote controller also includes the world’s favorite virtual assistant, Siri.

Developers are already getting excited about the possibilities that using such a device as a gaming hub offers to them. One developer, from within this group has already introduced the first emulator for Apple TV using the Apple TV simulator which is now available. The released emulator allows a user to play classic, read old school games. These include the Sega classic Golden Axe as well.

One such emulator named Provenance, which has been developed by James Addyman, is a multi-emulator on which seven consoles will be able to work. Being so, it is capable of emulating different games which hail from a variety of legacy hardware types. The emulator is already running on the latest version of Xcode’s Apple TV simulator.

According to Addyman’s tweet, it only took him a total of  3 hours to get the emulator working on Apple TV’s 2015 simulator. It remains to be seen however if emulators, which are non-approved, will be allowed to be loaded on the 4th generation Apple TV model. It is exciting to wonder at the possibilities such a move will offer to the gaming world.

As James Addyman is an independent developer, the application has been released as open source and it’s source code can easily be accessed. The code for the emulator can be viewed over here, on a GitHub page. As Xcode 7 allows its users to side-load applications on devices running iOS, it is possible that in the near future Apple TV and the TVOS will also include such nifty features.