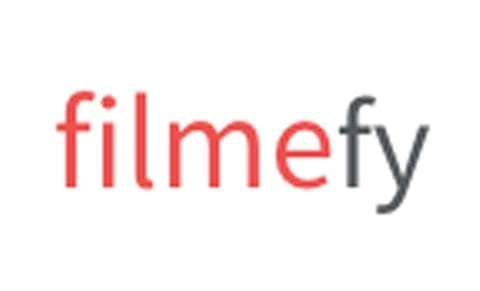 A few weeks back we posted an article on UnoTelly—a DNS service that bypasses location settings and allows one to access streaming channels around the globe that are geographically restricted.

In the US, Netflix offers 6550 titles. Which is pretty good.  What’s better is the total Netflix titles available in all 23 Netflix regions supported by UnoTelly, which is 13590! So with all of these Netflix titles to choose from via UnoTelly, what good is it if you don’t know what region has the title you want to watch?

Well, now there is a tool that can help you locate the title you want in all Netflix regions and then help you change the region in UnoTelly. The same team that brought you UnoTelly has built a new search engine called Filmefy.

Filmefy lets you search for movies and TV shows across Netflix regions around the world. This new search engine integrates seamlessly with your UnoTelly account and makes switching Dynamo regions easy.  Users type their favorite title into the search bar and Filmefy will check for it across the international Netflix catalog.

New features are being added to Filmefy, for now, here are some things you can do:

Many more features to come!

The good news is that Filmefy is a free service.  To watch titles from different regions, you will need an account with UnoTelly, and the DNS servers set up on your devices.  UnoTelly is a smart DNS provider that unlocks Netflix and 370 other channels worldwide. You also need a Netflix subscription. Filmefy only allows you to search the Netflix catalog. It does not replace your Netflix subscription. With UnoTelly set up on your devices, you can use your existing Netflix account to access all the Netflix regions supported by UnoTelly.

Filmefy supports playlists which are curated lists of titles available on the international Netflix catalog. It’s a great way to make a list of titles you want to watch on Netflix from multiple regions.  You can make recommendations for others, or find great recommendations from other Filmefy users.  You can also do the following with playlists:

Create multiple playlists to organize your favorite movies and where you can watch them.

Make the playlist public so others can search for it, or keep them private for yourself.

Share playlists with your friends or other Filmefy users.

Show that you enjoy someone’s taste in movies by ‘liking’ their playlist.

If this interests you, head over to www.filmefy.com and give Filmefy a try. To sweeten the deal, the team at Filmefy is running a playlist contest. All you need to do is create a playlist of Netflix titles at Filmefy. Whoever has the most likes on their playlist will win. The prizes include a Lifetime subscription to both UnoTelly and Netflix.

If the thought of never having to pay for UnoTelly and Netflix again sounds appealing to you, head over to the contest page [NO LONGER AVAILABLE] to see more details on how to enter.