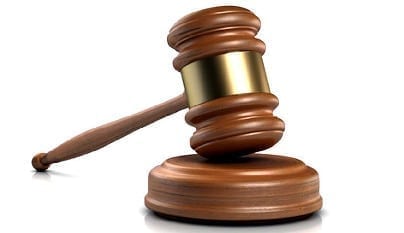 As the fight for net neutrality rules continues, this issue has been in the spotlight again this week. The reason is the growing opposition to the FCC’s decision to remove the rules. The rules were put in place during the Obama administration in 2015. These rules were intended to serve as a form of consumer protection. Why because more and more users were cutting the cable and getting their entertainment and news from the Internet.

The Internet As A Free Market

Consumers and interested parties have been battling providers since the 1990’s. See US Code on this issue which states, “to preserve the vibrant and competitive free market that presently exists for the Internet”.

Today there are a number of legal battles brewing in the fight for net neutrality. The battles are over the FCC’s ruling to reverse the rules (protections) put in place in 2015.  Most notable is one that will most likely arise from action taken by Washington State Governor, Jay Inslee. He signed the nation’s first state law intended to protect net neutrality earlier this week.

“This is not a partisan issue,” said Norma Smith, a Republican co-sponsor of the bill in the House. “This is about preserving a fair and free internet so all Washingtonians can participate equally in the 21st-century economy.”

More than twenty states attorneys, advocacy groups, and six more tech companies have filed lawsuits this week against the FCC. These include Kickstarter, Foursquare, Etsy, Shutterstock, Expa, and Automattic in an effort to preserve net neutrality rules. The petition was filed with the U.S. Court of Appeals for the District of Columbia Circuit.

Althea Erickson, the head of advocacy and impact at Etsy said, “Already, over 30,000 Etsy sellers participated in the FCC’s public comment process, and tens of thousands more reached out to Congress in support of net neutrality. Now we’re bringing their stories and experiences to the courts,”

Vimeo, Mozilla, the ACLU, Fight for the Future, Public Knowledge, Reddit, Tumblr and, The Internet Association, which represents companies such as Google and Facebook, and many others are also opposed to the FCC’s repeal of net neutrality rules.

Congress has an opportunity to invoke the Congressional Review Act (CRA) in favor of Net Neutrality. A vast majority of voters, as well as senators of both parties, have made their feelings on this issue known. The Senate is just one vote short of their goal and it is unlikely such a bill will pass in the House. If it does, it is further unlikely the President will sign such a bill.

The effective date planned for the FCC’s ruling to take effect was supposed to be April 23rd, 2018. Because of all this litigation, there is no longer a timeline set. There will not likely be one until this matter is hashed out in courts.

In addition to Washington State, other states have added their voice either through legislation or executive action. A Vermont state legislator Tom Stevens is co-sponsor of a net neutrality bill in his state. He said,

“This was all debated before, and we had federal net neutrality rules in place,” “But now that’s being taken away, it’s up to the states to say, ‘No, we don’t accept that,’ and do what’s right for the people who live in those states.”

Consumer Reports was told by a spokesperson for New York’s governor. “Governor Cuomo issued an executive order that requires any company seeking to do business with the state of New York to adopt principles of net neutrality,” “Those principles apply not only for state business but to all its customers, including consumers.”

So the battle rages on. As Yogi Berra once said, “it ain’t over, ’til it’s over”.

For more on net neutrality, check out these articles.

FCC Ajit Pai In The Face Of Net Neutrality