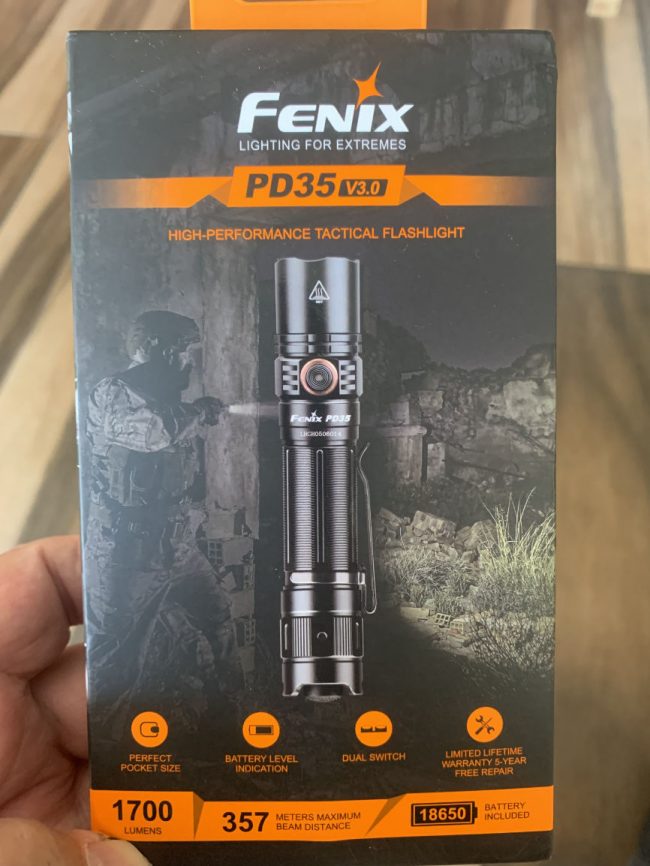 What’s more ubiquitous than a flashlight? Everybody has one, or two, or three. Since LEDs have made incandescent bulbs nearly obsolete, flashlights are smaller, lighter, and brighter than ever. Doesn’t seem like there is much room for improvement, or is there?

Just when you think, innovation has taken a product as far as it can go someone comes along and blows you away. I came across what appears to be the badass of all flashlights, which is what I’d like to talk about today.

So what’s the difference between my LED flashlight and the Fenix PD35? Mine uses 3 AAA batteries, and it has a button to turn it on or off, and that’s pretty much it. The Fenix PD35 V3.0 Everyday Carry Flashlight…..(sit back and relax ‘cause this is going to take a little while)

It is Adjustable to 1700 Lumens

It provides six modes of operation

A single removable 18650 2600 mAh battery is rechargeable. (It is also compatible with two CR123A Lithium batteries). 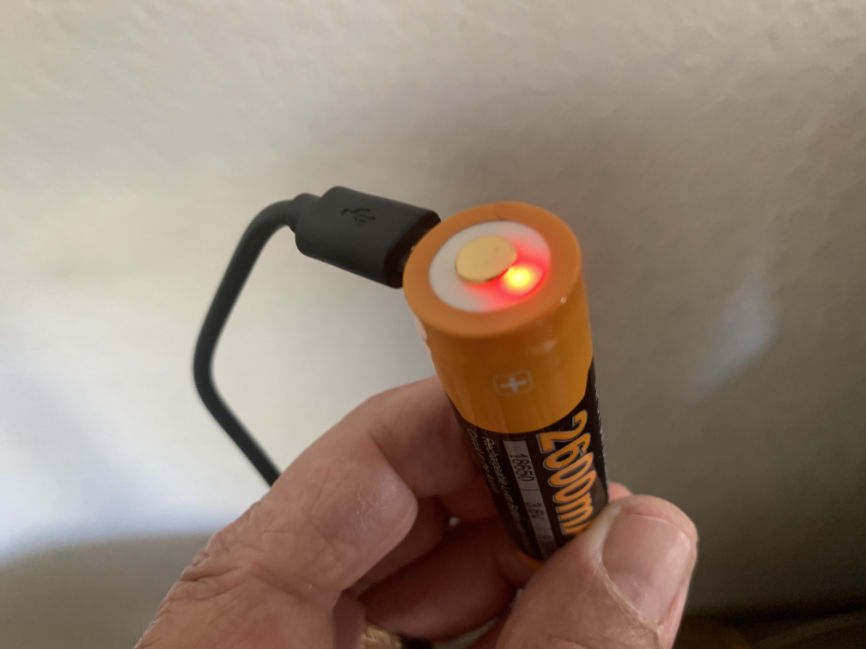 There is a remaining power indicator

It has a submersible rating of IP68

In Turbo mode it throws a beam of light 357 meters. 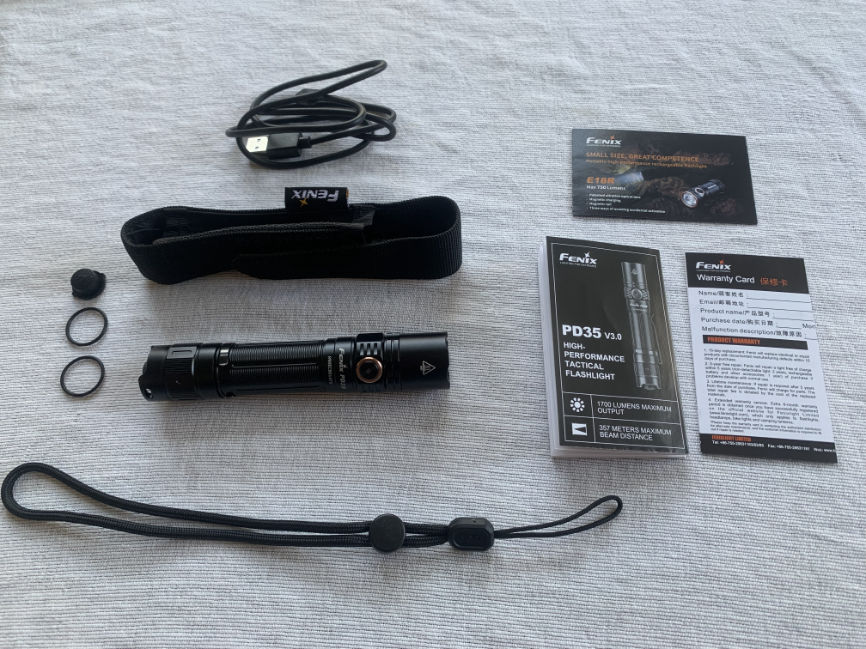 The unit I received came nicely packaged and included:

The first thing I noticed when I removed it from the packaging was the weight and quality.  It has a lot of heft to it for a small flashlight and it’s a fine representation of quality craftsmanship. It fits nicely in the hand in either a forehand or backhand grip. 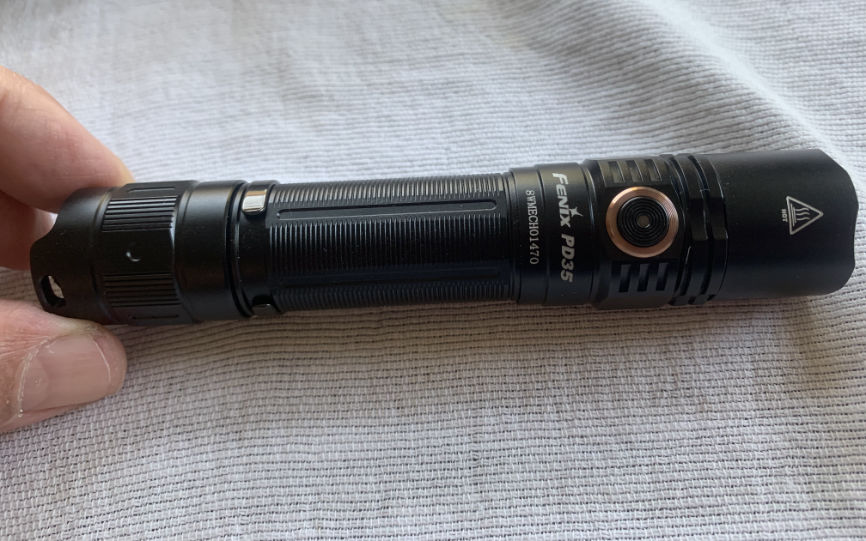 There is nothing plastic or cheap in the materials or its anti-roll, anti-slip design, with heat dissipation fins and tooth strike bezel. It’s practical and tactical in one well-engineered package. Law Enforcement, Fire, EMS, Security professionals, cab drivers, and homeowners can effectively illuminate those dark places when needed.

In addition, the Fenix PD35 is smart. There are two buttons on this flashlight. One is for function on the body and the other is a tactical tail switch. Turn it on from the tail switch and use the function button to cycle through the different modes or lightly tap the tail switch and you’re in the selected function, fully press the function button for .5 sec and the strobe is activated. Trust me, you do not want to be on the receiving end of the Turbo or Strobe mode. They are blindingly bright.

This third version of the PD35 model has a new LED fitted with a small-caliber reflector that significantly increases the distance of the light beam by 50% to 357 yards.

Fenix has done a magnificent job on this pocket-sized, multi-functional, piece of tactical gear. Calling it a flashlight just doesn’t seem to do it justice.

The Fenix PD35 offers a number of accessories that greatly expand its usability. A rail mount for a firearm, a diffuser tip, a traffic wand, a holster, and a remote pressure switch.

If you find yourself in dark places, the Fenix PD35 V3.0 is the friend you want at your side.  Check it out at the Fenix store.

Why Consulting a Managed Security Service Provider is a Must for Every Business?