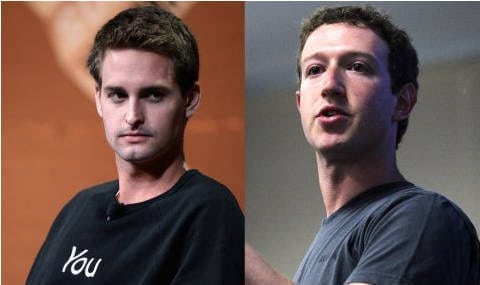 We have heard it before and here is a similar story. Facebook is, yet again trying to introduce Snapchat like features. This time, they would be introduced into the main Facebook app.

Snapchat is world famous for its AMAZING filters and other similar effects. That is what makes Snapchat different from the other social media platforms that we are using today like Instagram and Facebook.

Facebook introduced a new camera, in its experimental stages, as a feature to its app that allows users to privately share photos with filters and other effects, just like Snapchat. That is exactly why we are referring to it as a Snapchat Clone here.

The camera feature, however, doesn’t yet have a formal name. It has been introduced in Ireland for the moment, and we are predicting that though a portion of this test could eventually come to more locations around the globe.

Facebook previously tested similar features in Canada and Brazil during the Olympics. Which brought the spotlight on Facebook earlier on a similar topic.

How Does It Work?

Let’s take a look at how this is going to work.  Unfortunately not for everyone but the Facebook users in Ireland.

A camera icon will appear in the top-left corner of the app (U.S. users currently have the icon for Messenger here).

If you tap into that menu or swipe right from News Feed you get access to the new camera.

The interface has a number of similarities with Snapchat and those who are regular users of Snapchat will recognize this immediately.

You open the camera and get to snap photos and videos and add filters, “masks”, which is Facebook’s term to refer to the Snapchat’s selfie lenses, and other effects.

Facebook’s Chief Product Officer Chris Cox previewed the new feature, comparing it very closely to Prisma. It will use artificial intelligence and will magically turn your photos and videos to pieces of artwork. We have loved Prisma for this and the number of options it gives us to choose what kind of artwork we want to have on photos and videos. This Prisma like feature will also be included in the clone.

Now comes the part where Snapchat had won our hearts – sharing these pictures privately.

After shooting your photos and adding the effects you like, you have two options for sharing.

The second being, sharing it privately with a limited group of friends and not all of your Facebook friends, via a feature called “direct”.

Direct, is nothing new but a feature from a messaging app we won’t mention by name here. It allows you to share the images you take with the new camera with only the friends you choose.

All of the messages shared this way will appear in a new area of the app which you can easily reach from the top right corner.

This is the place where your friends can comment on your photos and videos shared by you.

Once you are done chatting with your friends, all the images would vanish, however, you do get a chance to replay them once.

Facebook is yet not sure about the future of this camera feature. It is considering testing various versions and then make the decision whether it wants to continue working on this or not.

The final version would come once all these tests have been completed.

Facebook claims that the goal is to make use of its users urge to share photos and videos more visually. But this feature is so identical to Snapchat that we can’t help identify it as a Snapchat clone.