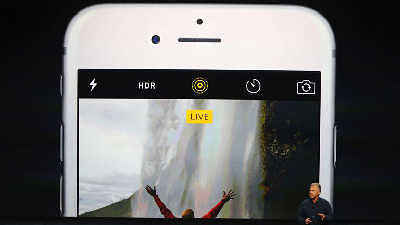 Apple introduced a new feature in the iPhone 6s and iPhone 6s Plus called Live Photos. The feature records a short clip before as well as after a picture is taken. This results in a sort of moving picture which brings the picture to life. Facebook is now also getting on board and buying into this new feature if reports of TechCrunch are to be believed.

Facebook announced on Monday December 21 2015 that it will soon be introducing support for the moving photos on cellular devices. It is expected that the process is going to be similar to uploading a regular photo and people will have to press a “live” button in order to make the photo animated. When you Lift your thumb from the button the picture will fade back to a static picture. Once the photo is uploaded then they will appear as static in the feeds of other Facebook friends and they will be able to decide either to make them move or not.

So this means that these people will not have to buy a phone with 3D Touch in order to take Live Photos. This makes it possible for any iPhone that is updated to the iOS 9 version to be able to allow it’s user to view the Live videos.

Live Photos are almost 3 seconds long and they are created with virtually no effort by the one taking the picture.

Facebook is currently not providing this service to all the users but only a selected few are allowed to use it. A global roll-out is scheduled for early next year. You can alternatively use countless other applications to share Live Photos on any platform until the expected changes are introduced by Facebook.

Perhaps Facebook’s Instagram, which is an application solely used to capture pictures, will also allow it’s users to get Live videos and publish them. As Instagram boasts of an almost 400 million strong fan base it seems that such a move to Instagram will be very profitable for the company. As Facebook is now backing the feature there seems to be a possibility that this new kind of picture will also be widely adopted.