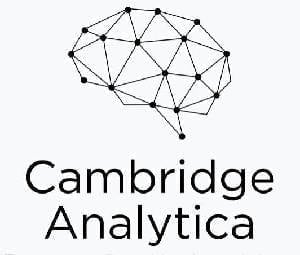 Is it really better to ask for forgiveness rather than permission? Perhaps in some situations. The current controversy over Facebook and the misuse of personal data don’t quite cut it in my opinion. We know a lot of people have been upset with Facebook. The controversy is over customer data being used by outside companies without permission.

The bad actors in this mess are Cambridge Analytica which focuses on data mining and analysis. Also involved is a Facebook affiliate, Strategic Communication Laboratories. SCL provided the data to Cambridge Analytica who used it to create psychological profiles of millions of American Facebook users. The data was provided to President Donald Trump’s campaign to use during the 2016 US election. This occurred without the knowledge or consent of the 50 million + Facebook users whose data was used in this way.

Facebook says their affiliate, Strategic Communication Laboratories misused the data. In doing so they violated Facebook’s terms of service. The affiliate acquired the data from a third-party app. They reportedly lied about how the data was used and when it was deleted.

All of this has put Facebook’s commitment to protecting their user’s data and safety in question. The lyrics to Donald Fagan’s song “What A Beautiful World” tells us how technology will make for a beautiful world. Unfortunately now as in the past, there will always be bad players. Players that think they can do whatever they want to the rest of us and get away with it.

Condemnation of Facebook has been coming from all fronts and directed squarely at Facebook’s failed attempts to keep its data, our data private and secure. This is not without consequence. Facebook’s value dropped by $37 billion dollars recently over this issue. Facebook’s CEO Mark Zuckerburg will likely find himself standing tall before the men and women in the US Congress. At a time when the company is facing multiple challenges, Facebooks CEO should be more visible. The challenges include; fake news, Russian trolls’ and the misuse of user data the.  We all want to know what is being done and the company’s plan moving forward.

Facebook and other social media companies are publishing or media companies that make billions of dollars from advertising. Yet they have been treated as something else. Something that needn’t play by the same rules. Social media needs to play by the same rules and regulations that all other media companies do in this country. It is time for Facebook to stop running its business like they did when they were fresh out of college When these platforms were in their infancy. These are full grown, multi-billion dollar media enterprises. They have billions of customers who expect to have their personal information protected.

Ultimately, our privacy and safety is our individual responsibility. You should be guarded and suspicious when asked to participate in online surveys. Review privacy and security settings as well as terms on the social media platforms you use. If you want to take it a step further, here’s a good article on The Verge that tells you “How to use Facebook while giving it the minimum amount of personal data”.  If that’s not strong enough, you can use this link for instructions on How To Remove Facebook. Personally, I’m not there yet. But if this casual indifference to security and privacy continues I will be exiting the platform as well.