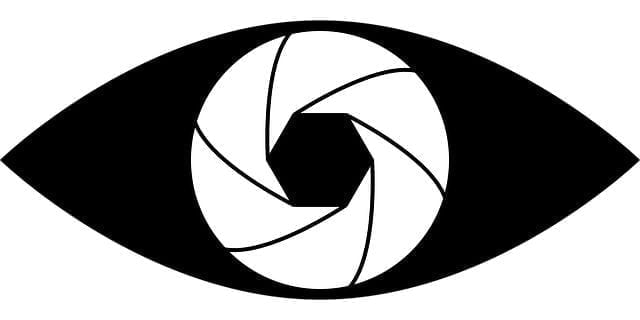 It’s no secret that our individual privacy has been slowly eroding in recent years. Once thought to be a human right privacy has given way to advertiser’s efforts to send us targeted ads that follow us everywhere we go online. Most of us, myself included have not given this much thought. We trusted the social media companies to have our backs. (How naive of me). There is new surveillance technology out there that can, and in some cases is, eroding our privacy even further. Face recognition, voice isolation, surveillance or AI snitches? You be the judge.

A new deep learning system from Google researchers can isolate and recognize a single voice out of a crowd. This AI deep learning system uses video and voice recognition. If the cameras can see a person while speaking it can pick them out of a crowd and isolate their voice. The system’s neural network was trained with individual people speaking. These individuals speakers were placed in a virtual party setting that included background noise and all. Just by focusing on a speaker’s face the system can isolate that person’s voice from the crowd.

Google says this technology could assist the hearing impaired. With a camera-equipped hearing aid, one can isolate the voice and hear the person they are looking at. Incorporating this tech into existing Google products is another possibility.

I imagine a more intriguing application of this tech could be something law enforcement would be interested in. Being able to use face recognition in combination with voice isolation to pick out an individual out of a crowd could prove useful when trying to locate persons of interest. Law enforcement should have all the tools necessary to keep us safe. But can this go too far?

On the other side of the planet, Chinese law enforcement is already using AI, machine learning, neural networks, and face recognition to identify faces in very large crowds.

A recent example was when Chinese authorities captured a fugitive when his face was picked out of a crowd of more than 60,000 people. He was attending a pop-concert far from where he was thought to be. The 31-year-old man was wanted for economic crimes. The Chinese authorities love this tech and they are all in. The government gives unlimited power in regards to the use of this advanced facial recognition technology being used in this way.

The truth is if you are in public in China, not only are you on camera, but you are being identified and tracked as well. That’s from your point of entry into the country until you leave.

Catching criminals is a good thing and law enforcement should have the tools necessary to keep us safe. An article from TNW (The Next Web) shines more light on China’s use of this tech. It also points out the consequences for even the most minor infractions.

“AI isn’t just locating dangerous criminals to keep the streets safe. In China, if you get caught jaywalking on camera you’ll be texted a fine. If you don’t pay the fine, your ‘social credit’ score will drop and you can be banned from public transportation, car rentals, airports, financing options, and making large purchases, among a myriad of other punishments. Imagine crossing the street in the wrong place and later finding that you’re unable to travel or own a home. Worse, this isn’t a problem that only concerns fugitives. People, by and large, accept the fact they’re being recorded in public. But that’s probably because the general public doesn’t yet understand the potential ramifications of feeding live video to AI.”

On a different point regarding privacy let us contrast China’s heavy-handed approach with an EU initiative. On May 25th the GDPR (General Data Protection Regulation) will go into effect. This is the European Union’s way of dealing with run-away privacy rights in Europe. Website owners are already being alerted by Google on how this can affect their businesses. Granted this is not the same as advanced surveillance but it does speak directly to privacy protections which we seem to have lost on our side of the pond. Hopefully, in the wake of Facebook’s negligence, allowing some 90 million user’s personal data to be used in ways they did not opt-in for, the US should follow-up with strong privacy regulations of their own.

I’m all for keeping our citizens safe. This advanced tech from Google, Chinese companies, and others show great promise for doing just that. After all the world is more dangerous today than ever before. But there is a need for caution. Our privacy needs to be respected and protected. Our laws and regulations need to keep pace with the technology and protect us. Imagine this tech in the hands of a totalitarian government where the goal is to intimidate, influence, threaten, distort the truth, etc.

I love tech and what it can do for humanity. But I am genuinely concerned about its capability to further divide us, watch us, or manipulate us. No one in this country should ever fear being denied the right to travel, access to earned benefits, or to buy a home because of misdemeanors. Check out this article from Independent on Social Credit Scores in China. Scary stuff.

If you wish to stay anonymous in this modern age, it seems you have few options.  You can move to rural America, (at least for the time being). Stay at home and never leave the house, But beware, you may get snitched out by your smart speaker. You can unplug your modem (fat chance, we’re already hooked). Or you can go out in public with a bag over your head and never utter a word.

We can limit what information we choose to share on social media. There are a number of articles on how to do that. Check this one out from the Telegraph.

I’d love to get some other opinions on this so feel free to comment below.

More on this topic: Artificial Intelligence In Predictive Policing