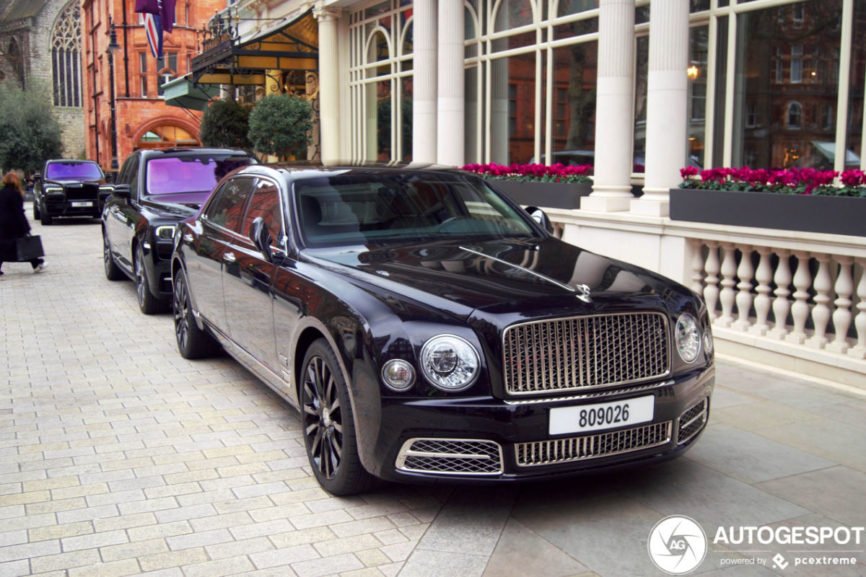 These days a massive SUV will give you the picture of wealth, status, and luxury very easily and its presence can be felt anywhere it goes. This change in the automotive market is seen everywhere and all the manufacturers who never designed an SUV are selling more SUVs than their other cars did. A perfect example of this would be the Lamborghini Urus which is a Super Sports Utility Vehicle made by a company that only specialized in manufacturing supercars. Bentley on its own line-up now has the Bentley Bentayga which is a very capable and luxurious SUV from Bentley and is also partly responsible for the departure of the 2020 Bentley Mulsanne Speed because of its immense size, presence, and resemblance of status and wealth.

On the exterior, it is no doubt that the Mulsanne Speed is a long car and its massive proportions prove that to the eyes when seen on the road. It has all the features expected on the latest car which includes full LED headlights, 21.0 – inch alloy wheels, slots more. The other changes with the 2020 Bentley Mulsanne Speed. The other changes with the 2020 Bentley Mulsanne Speed include new rifled exhaust tailpipes along with black – colored brake calipers both of which gives huge presence to the car. On the inside too, the 2020 Bentley Mulsanne Speed gets a well equipped and plush cabin. The seats are also very comfortable and well-sculpted which gives great support to all the occupants of the car. The 2020 Bentley Mulsanne Speed now gets an eight-inch touchscreen infotainment system but it has clearly shown its age over the time and this last generation of the Mulsanne Speed definitely lacks in this front. Even though being an outdated system, it still gets the latest features like Apple CarPlay, Wi-Fi hotspot, and a 60 GB hard drive with 20 GB storage capacity freely available for the user of the car. You now also get the My Bentley and Smart Remote apps both of which make it really easy to access the car and its important data along with navigation information and both these apps are available for Apple and Android devices.

The infotainment system now gets a standard 14 – speaker audio system whereas the 20 – speaker premium audio system from Naim is worth the extra money.as it offers an immersive audio experience. And the rear occupants also get an option to be entertained with two optional 10.4 – inch tablets.

The engine on the 2020 Bentley Mulsanne Speed is a 6.75 – liter twin-turbo C8 unit which produces 530 hp and has 811 lb-ft of torque on offer. This powerful engine pulls the massive Mulsanne Speed from 0 – 60 mph in just 4.8 seconds which is some tenths faster than the standard Bentley Mulsanne that does the same in 5.1 seconds.

The Mulsanne Speed has air suspension with a continuous suspension damping controls that help the Bentley in providing a plush ride even on harsh road conditions. The plush ride quality is also complemented with the strong build quality and NVH levels are also well contained inside the car. And the other thing which elevates the plush and luxurious ride experience is noise isolation which works really well in reducing the wind and road noise from getting into the cabin which may disrupt the overall luxury experience of the car.

So does the plush and comfortable ride quality affect the driving dynamics of the 2020 Bentley Mulsanne Speed? The answer is no, as Bentley has engineered a magical chassis that also handles well when thrown around in the corners too. Sadly the overall driving experience is not very different from the standard Mulsanne. But the extra power with the Mulsanne Speed does contribute a little bit in elevating the driving experience of the car. The steering wheel feels connected to the front wheels and when the car is put in Sport mode, the steering wheel also weighs up well helping in giving the driver confidence to push the car into twisty turns and corners. The brakes are also powerful enough and have the adequate stopping power to bring the car to a halt from triple-digit speeds. The only problem with the braking is that the car weighs at 5,919 pounds which affects the braking performance but other than that is sharp and accurate.

The last generation of an iconic legend will have a tough time in the sales among all the other competitors which also includes a long list of capable and powerful SUVs. This includes Bentley’s own Bentayga and the main reason for the Mulsanne Speed to get discontinued is because of the market’s change and the popularity of SUVs. Though in its last generation, the Mulsanne Speed is a really amazing luxury sedan out there in the market today with plenty of features combined with powerful performance and a plush comfortable ride making it a good choice among its rivals.