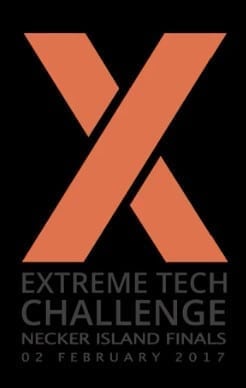 Sir Richard Branson in partnership with the Consumer Electronics Show hosted the Extreme Tech Challenge. This is a year-long event that begins with nearly 2000 applicants. Through a long process, the field is narrowed down to 3 finalists. The finals were held on Feb 2nd on Sir Richard Branson’s private island, Necker Island.

The completion was stiff but as with all competitions there can be only one clear winner. This year that winner is Cresilon. Founded in 2010, Cresilon, Inc. is a medical device company focused on hemostatic technologies that advance the standard of medical treatments. The company has developed a hemostatic gel kit that stops bleeding in seconds. 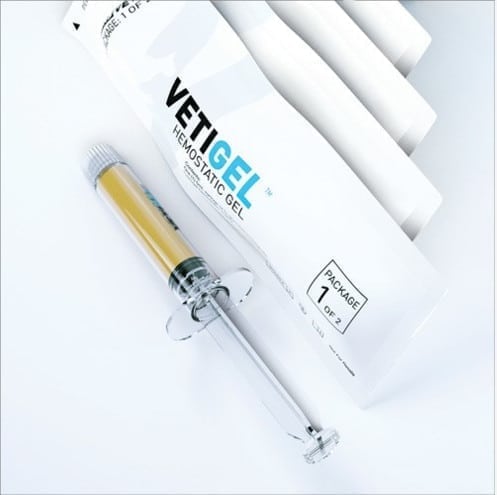 The product is known as VETIGEL™ Hemostatic Gel Kit. It is a prescription hemostatic gel kit for animal use only. VETIGEL™ can stop moderate to severe bleeds in animals by achieving hemostasis in seconds. It is used for controlling hemorrhaging in animals during Biopsies of soft tissue, dental extractions or Trauma. Also, spays and neuters, enucleations, mass removals, nail, tail and ear clippings, orthopedic surgeries, and lacerations.

A kit consists of one pouched 5 mL hemostatic gel syringe and one pouched removal wipe. Each VETIGEL™ box contains five kits. VETIGEL™ is plant based and requires no preparation. Also, no manual pressure on the wound is required.

Advanced orders are being accepted from licensed veterinarians in the United States only on the Cresilon website.

Cresilon has also developed TRAUMAGEL™. This is also a hemostatic device for temporary use to control external traumatic bleeding not amenable to tourniquet application.

The Intended applications for TRAUMAGEL™ include the military in the field combat use and for civilian emergency medical services. TRAUMAGEL™ is currently undergoing exploratory proof of concept testing by Cresilon. It is not currently FDA approved or CE marked at this time.

With the expertise and backing provided by those in attendance at XTC, I am confident Cresilon will emerge as a leader in its field. We want to send our congratulations to this innovative company that can clearly make a difference.