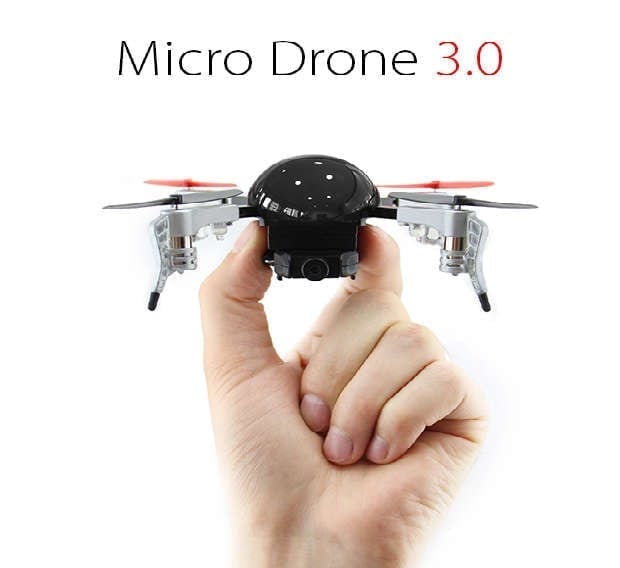 As someone who loves the idea of piloting a drone, I have had bad luck with them. I’ve crashed two within hours of owning them. With parts hard to find and spending more time fixing than flying, this hobby was short lived at our house.  However, Extreme Fliers will be at CES 2016 to present their new easy to fly, Micro Drone 3.0.

This drone is small, maneuverable, and customizable with its modular design. The parts are designed to be removable and snap together like Legos so replacing a broken part is less painful than my previous experience. It contains features that are typically found in higher priced drones. This is an affordable, quadcopter that is equipped with a self-stabilized HD video camera with a user controlled gimbal. As an extra bonus, structural components can be 3D printed as replacement parts or for customization. There is an auto-leveling feature which is really a must have for beginners.

Aerial photography has gotten cheap with the introduction of this device. What was a hobby reserved only for the rich and famous is now attainable by anyone with a little more than a hundred bucks. The camera features still Photos at 1280 X 720, HD video at 720/30 fps. The Micro Drone camera also allows the user to live stream video via Meerkat and edit it on your iOS device. Your iOS or Android device can also serve as the controller for the Micro Drone or you can control it via the included 2.4 GHz 4-channel controller.

I intend to stop by the Extreme Fliers booth at CES and get a first-hand look at this beefed up mini-drone.