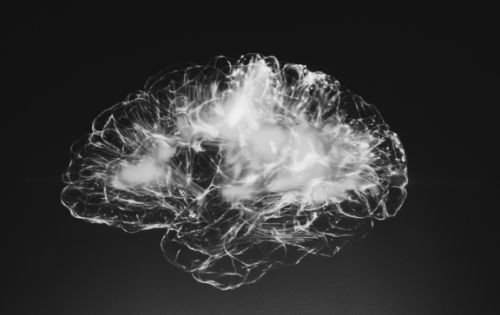 Photo by Alina Grubnyak on Unsplash

Video gaming has had a bad rep back in the days. But not anymore because according to recent research, playing video games is actually beneficial. In fact, it’s even considered a sport now.

More popularly known as eSports, video gaming has made its way into the mainstream and even televised on sports channels like ESPN. But what’s really great about playing games long-term is the fact that it improves brain size and overall connectivity performance according to MRI results!

Let’s talk about that…

Even way before this groundbreaking discovery, people who play video games are already reaping plenty of benefits, such as: Stress Relief

According to a 2012 literature review that’s published in the American Journal of Preventive Medicine, 38 studies were conducted among 195 patients. In this analysis, the most frequently reported results from playing video games were positive in both the physical and psychological categories.

Games such as Rise of Nations, where players build new cities and improve country economy and infrastructure, Dance Dance Revolution, which requires physical activity on floor pads to execute the game, and Tetris were used for the experiment.

Moreover, it was also found from a 2010 study presented by scientists at the American Pain Society’s conference that video games, especially VR (virtual reality) games are effective at reducing individual’s pain and anxiety caused by a medical procedure or chronic illness.

It was also found in a 2013 study that’s published in Cell that children aged between 7 to 13 who play action games read faster, with no loss in accuracy.

Compared to the traditional reading treatment for dyslexic kids, the results were achieved at a significantly shorter time. Not to mention that kids who play games also feel very happy at the same time.

In 2016, a traffic accident happened in Oxford, UK, and 37 patients were randomly selected to play Tetris for 20 minutes while 34 patients were asked to do regular activities such as reading, texting, and doing crosswords.

Patients who played Tetris for 20 minutes were found to have 62% lesser flashbacks from the traumatic event on average compared to those that only did the said regular activities above.

Playing video games also helps and improves hand-eye coordination. Games require players to move according to various patterns and instructions in the game. This helps people improve their coordination skills as well as their motor skills.

On top of playing video games, planning to piece together a gaming PC gives you the benefit of learning the ins and outs of computers. Although it doesn’t directly improve your hand-eye coordination, it does give you the opportunity to make self-improvement. Even opens up more opportunities such as cutting the cost when upgrading in the future.

These were just among the many more benefits from playing video games. But what’s really surprising is how video games stimulate neurogenesis (the growth and development of nervous tissue) in the brain, which we’ll talk about next.

How Does Video Gaming Improve Brain Size and Connectivity?

Interestingly, there are still plenty more in playing video games, especially to long-term gamers. Those who were more passionate about playing video games were found to have improvements in the following brain areas and was quantified using MRI (Magnetic Resonance Imaging).

But which areas, specifically, were improved?

This is where spatial navigation, strategic planning, motor skills, memory formation, and fine motor skills of the hands happen.

It was found that individuals playing Mario’s World have a more pronounced neurogenesis and neuroplasticity growth rate in this area compared to non-gamers. Even more surprising is that the level of connectivity between areas of the brain was also found to develop higher intelligence and consciousness.

This part of the brain is where your personality, cognitive planning, social behavior, and decision making takes place.

A game we can take as an example is Super Mario 64. This game requires players to make plans ahead and scrutinize how to use objects in the virtual world to their advantage to complete the level. And needless to say, long-term players have shown development in this part of the brain’s volume.

This part of the brain is where fine motor skills or muscular activity is controlled. Like the 2 above, it was found that it grew bigger in volume compared to individuals who don’t play games as much since this is what responds to the things you do on your gamepad or your computer’s keyboard and mouse.

Specifically, in video games, you use either a gamepad or a keyboard and mouse to move and time your jumps and evasions right. But needless to say, players who have been gaming for years and those who had a strong desire to beat games in all difficulties were found to have more pronounced development in these areas among gamers.

Over the years, video gaming turns out to be helpful and beneficial after all. But is it enough to justify your excuse to play games for hours on end?

Of course not! A healthy, well-balanced lifestyle is still essential to keep you in tip-top shape– especially if you play competitive games. So, how long have you been playing video games? Tell us down in the comments!

More on this topic: GAMING COMMUNITY CAN WIN CRYPTO WITH WAR FIELD