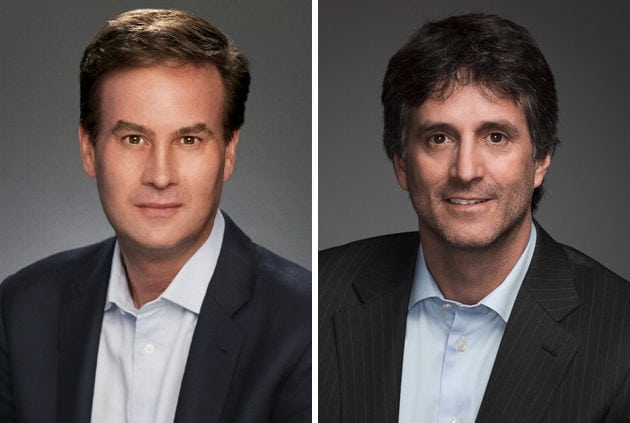 It has been no secret for some time now that Apple has had a strong desire to get into the streaming original programming business. Apple already has an awesome platform for delivering video entertainment in the Apple TV. With this being a new space for the company it was inevitable that we would see some hiring of top talent in this area. Especially if they intend to compete with the main players in this space like Netflix and Amazon Prime Video.

In a press release, Apple announced that Jamie Erlicht and Zack Van Amburg will be joining the company.  The two are television executives. Their role at Apple will be to apply their expertise to developing the company’s original programming. These efforts will be done on a worldwide scale.  Both Jamie Erlicht and Zack Van Amburg will report directly to Senior Vice President of Internet Software and Services, Eddy Cue.

Apple’s gain is Sony’s loss since this is where these two new hires came from. They were presidents of Sony Pictures Television since 2005. To their credit, these two gentlemen helped to produce some hit shows. Shows like, AMC’s “Breaking Bad” and “Better Call Saul”, also Netflix’s “The Crown”, and Amazon’s “Sneaky Pete”, and more.

They have been quoted as saying they will work to create content of “unparalleled quality.” The goal is to match Apple’s success in other product and service categories.

Eddy Cue said, “Jamie and Zack are two of the most talented TV executives in the world and have been instrumental in making this the golden age of television. We have exciting plans in store for customers and can’t wait for them to bring their expertise to Apple — there is much more to come.”

Jamie Erlicht said,“It will be an honor to be part of the Apple team,” “We want to bring to video what Apple has been so successful with in their other services and consumer products — unparalleled quality.”

Zack Van Amburg said, “Apple has a relentless focus on delighting customers with their products. We will bring that same intention to Apple’s programming and we could not be more excited about what lies ahead.”

Apple has already begun its quest to enter the original programming space with Apple’s first show “Planet of the Apps”. In August we will see the debut of Carpool Karaoke: The Series as its second streaming entertainment project.

I’m looking forward to seeing a lot of fresh original programming from Apple. This will likely turn into a subscription service. I will have to wait a little while longer before making popcorn and bingeing on Apple programming. I hope it’s worth the wait.