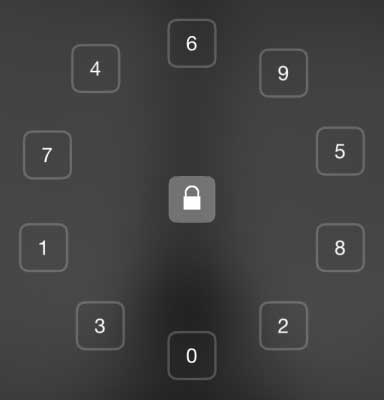 Epicentre A New Look For Your iOS

Users on a jail broken iPhone who are tired of the rather plain looking pass screen can now spice things up with Epicentre, an application that modifies the pass screen to have a sleek looking interface that is highly customizable to the owner’s taste. The app changes the pass code screen entirely but doesn’t compromise the overall look and feel you have come to expect from iOS.

Like many other user friendly applications Epicentre also has an overall kill switch for quickly enabling or disabling it. Epicentre’s new take on the pass code screen features the numbers arranged in a circular pattern around a central lock which displays whether the entered code was correct or not. The numbers may either be dragged toward the lock or tapped. Upon inserting a correct entry the lock turns green and your phone’s home screen unlocks while upon entering an incorrect password, the lock turns red.

Talking about the options set-up, it features a few very interesting tweaks for both visuals and user interaction. The visuals part includes the option to change the corner radius or in other words, the “roundness” of the buttons. The other slider allows adjustment for button size which is a convenient feature for modifying the overall look and for those with smaller screens.

The other features include the ability to toggle the app on and off. It also includes 2 more options that act to enhance security and privacy. The first is “scramble number positions” which scrambles the numbers so it’s much harder for someone to peek over your shoulder and intuitively guess which numbers you’re pressing. The other is “Use button location” which is a clever way to trick someone if they’re insistent on spying on your passcode entry. What it does is displays the numbers as being scrambled, but in actuality the actual input still corresponds to the location of the buttons. Only the user knows this, so anyone attempting to compromise your security will be tricked completely.

This is one of those apps with which it’s really hard to go wrong. It’s sleek, clean, the animations are crisp and it doesn’t overdo the effects and changes. Epicentre acts as an ideal visual overhaul for those who prefer both style and simplicity.

Epicentre will soon be available on Cydia for a price of $1.00 for those who want to get their hands on it right away.