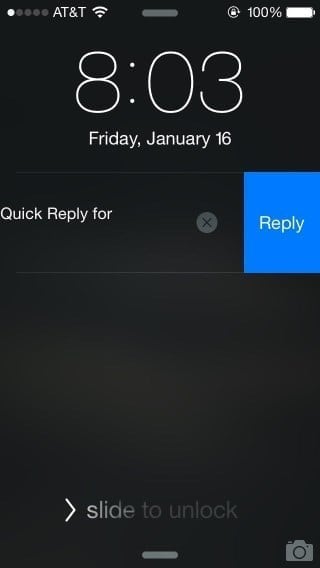 Envelope is a new jailbreak tweak which adds iOS 8 Messages.app-like quick reply feature in Telegram Messenger. Check it out after the jump.

I really am not a big fan of WhatsApp. It is far, far behind competitors like Facebook Messenger, and Telegram; I only have to use it because at least 25-30 people – family, friends, classmates, and colleagues – use it on a daily basis. I have tried getting them to move to Telegram, but it was all in vain.

Anyhow, for those of you who do have most if not all their peeps using Telegram, we have a nice little new jailbreak tweak for you by the name of Envelope.

Developed by Noeliel, Envelope is a jailbreak tweak that adds quick reply from Notification Banner feature to Telegram Messenger on iOS 8. That is really all it does!

It uses the exact same interface as the stock Messages app. Whenever you get a new message, the notification banner that slides down from the top can be further swiped down to enable quick reply feature. You can type away your reply, press Send, and be back to whatever game, or app you were previously using.

In other words, quick reply saves time and effort. 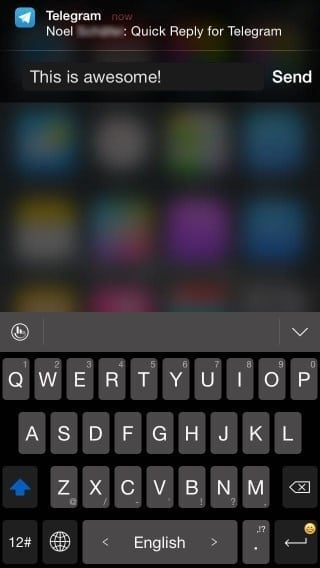 It is a shame Apple doesn’t allow other developers to add quick reply to third-party apps like Facebook Messenger, Telegram, WhatsApp, Viber, LINE, etc. Interested folks have to resort to jailbreak tweaks to get the job done. Hopefully, Apple will include a quick reply API in future versions of iOS.

Anyhow, back to Envelope. Envelope is available from Cydia under the BigBoss repo. It costs $1.49, and it is genuinely worth it, in my humble opinion.

Check out our post on Nuntius, if you want quick reply in WhatsApp. We have covered other WhatsApp-related tweaks as well – WhatsApp iOS widget and OnlineNotify.