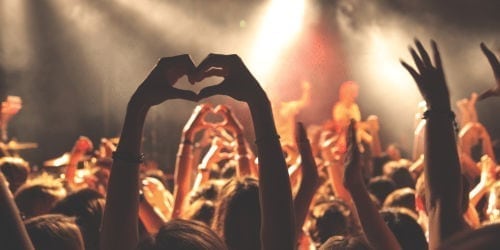 This article by WILTON THORNBURG was originally published at CoinCentral.com on July 15, 2018. It is being republished here with the publisher’s permission through syndication.

The entertainment industry changes with the times, and blockchain provides the cutting edge technology of the day.  As technology evolves, lives change, and people alter their entertainment choices accordingly. Vaudeville on the neighborhood stage once reigned supreme. Then, radio and silent black and white movies took vaudeville’s audience. Movies became technicolor talkies in cinemascope. And, radio added screens to become television. Now, everyone owns a TV set.

Each step of the way, the delivery of content changed, and compensation methods for artists and businessmen changed as well.

What particular qualities does blockchain technology possess, and how might these qualities affect the blockchain industry?

Satoshi Nakamoto invented blockchain to serve as the technical foundation of Bitcoin. Blockchain provides an immutable record of truth in a decentralized environment, and blockchain gives the ability for users to transact business without either side needing to trust the other. Cryptocurrencies also provide smart contract capabilities. Smart contracts exist as units of code that administer transactions based on the rules programmed into the code. Not issued by a nation, cryptocurrencies work across borders without having to exchange one nation’s currency for another.

At the simplest level, cryptocurrency provides a new way for the entertainment industry to sell products or to sell tickets. If you plan a vacation trip from California to England and want to take in a show at a London theater, you buy your ticket in advance with cryptocurrency and don’t have to worry about exchange rates and other issues.

This Is It, You’ll Hit the Heights

But for digital electronic entertainment, the possibilities expand enormously for the entertainment industry. Streaming of music and video comprise a significant portion of modern entertainment. And, several aspects of blockchain impact it.

Ownership of artistic works by the artist and receiving appropriate compensation benefit greatly from blockchain. A common complaint by content providers on centralized platforms like YouTube and Spotify relates to the lack of fair compensation received by the artist.

Taylor Swift famously removed her works from Spotify for this reason.  She explained her perspective in a Wall Street Journal op-ed piece published on July 7, 2014:

“In my opinion, the value of an album is, and will continue to be, based on the amount of heart and soul an artist has bled into a body of work, and the financial value that artists (and their labels) place on their music when it goes out into the marketplace. Piracy, file sharing and streaming have shrunk the numbers of paid album sales drastically, and every artist has handled this blow differently…Music is art, and art is important and rare. Important, rare things are valuable. Valuable things should be paid for. It’s my opinion that music should not be free…”

And Oh What Heights We’ll Hit

Decentralized blockchain streaming services remove the middleman. On the blockchain, artists claim 100 percent of revenues without having to settle for the small fractional royalties centralized platforms payout. Centralized platforms like YouTube and Spotify take most of an artist’s revenue to fund the platform and pay for the administrators, the programmers, the servers, and all the other costs of those companies.

Blockchain addresses the problem in the entertainment industry where the middleman feasts while the artist starves. Multiple blockchain companies provide content streaming, and artists receive 100 percent of the revenue their works generate.

On the Ethereum blockchain, Ethereum Opus is one such company specializing in music streaming. Opus guarantees artists receive all proceeds from their works forever, and this contract never expires. On this platform, artists list their songs and decide any price the artist feels appropriate. Opus uses the Ethereum blockchain to transact business and uses IPFS for file storage.

The Ujo music platform provides similar capabilities. Ujo uses blockchain technology not only to automate royalty payments using smart contracts and cryptocurrency but also to apply transparency to protect the rights of owners. Blockchain proves ownership of assets without ambiguity for everyone to see.

Piracy hurts the owners of digital assets, and the design of the world wide web never accounted for protection of intellectual property. Blockchain addresses this issue. While Bitcoin intended exchange of simple financial assets, other blockchains like Ethereum broaden that mission to include any digital asset.

But You Have Heard of Me

ERC-20 constitutes the original token standard on the Ethereum network, and users create their own currency using ERC-20 as the basis. For assets beyond currency, the ERC-721 standard fills the bill. First developed as the foundation of CryptoKitties, ERC-721 aspires to accommodate the needs of any digital asset. ERC-721 intends to define everything needed to prove ownership of unique digital assets and to exchange those assets between parties.  Thus, piracy becomes easier to prove and combat.

In terms of video streaming, YouTube, Netflix, and Amazon are some of the major centralized providers, and they garner some of the same criticisms centralized music streaming services do. Not only do artists complain about compensation, but certain artistic freedoms are limited on a centralized service.  These platforms promote the content that most conforms to their own interests, and artists who don’t conform receive less benefit in using them.

Geographic interests also play a role, and centralized companies sometimes limit content access between nations. This might be due to business considerations. It could be that a company is not allowed to do business in certain countries. Or, regulatory or licensing issues might arise, even censorship.  But blockchain functions naturally across borders without restrictions.

The blockchain video streaming platform known as Stream demonstrates some of the potential pitfalls of the blockchain/cryptocurrency paradigm. Stream intended to create the backbone for decentralized streaming by creating a cross-platform browser extension and powering the system through a cryptocurrency utility token.

On with the Show

Unfortunately, Stream dissolved. The team discontinued the project because of the legal risks involved in an ICO (initial coin offering). The Securities and Exchange Commission (SEC) now gives closer scrutiny to ICO’s to protect investors from scams and to ensure companies are not trying to circumvent laws relating to securities.

An ancient axiom in the entertainment industry states that all you need to put on a show is “two boards and a passion”, but an effective mechanism for artists to reach their audience and be fairly compensated also helps. And blockchain may well be the technology to provide that to today’s content creators.