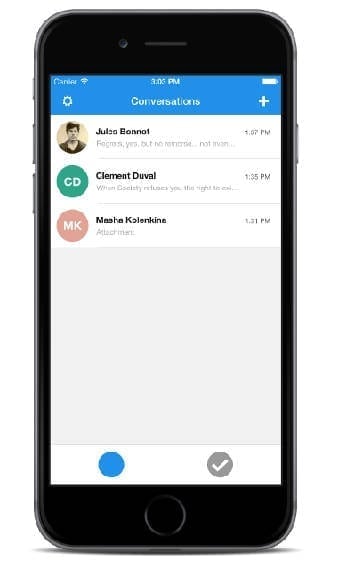 Facebook announced on Friday that it will now offer Messenger users the option to send and receive encrypted messages. This is done in a bid to improve upon the privacy on the messaging system.

According to reports, Facebook is testing how to create secret conversations using Messenger. These conversations will only be readable by either the sender or the receiver of the messages. The messages will not even be available to the Facebook team. Timers can also be set to control the amount of time each sent message remains visible in the conversation. The technology used by Facebook is provided and developed by Open Whisper Systems and is called Signal.

“It’s table stakes in the industry now for messaging apps to offer this to people,” says Messenger product manager Tony Leach. “We wanted to make sure we’re doing what we can to make messaging private and secure.”

The secret conversation mode is optional. It does not work for sending and receiving rich content. Messages that send GIFs or videos will not be protected via this mode. People will also not be able to switch between devices. The biggest difference between WhatsApp’s approach and Facebook’s approach towards encryption is that you can opt out of the secret conversation mode.

The secret conversation option will soon be made more widely available. The current version is only a beta version. It is thought that the normal version will be made available this summer or in the fall.

This announcement hardly seems surprising in the wake of recent privacy concerns. Just three months ago the Facebook-owned application WhatsApp also announced that it had improved its security. The software used by WhatsApp was also developed by Open Whisper Systems. The new feature shows what may be in the works for Facebook’s Messenger in the future. The application has a whopping 900 million users and upping the security of the application is a good step made my Facebook.