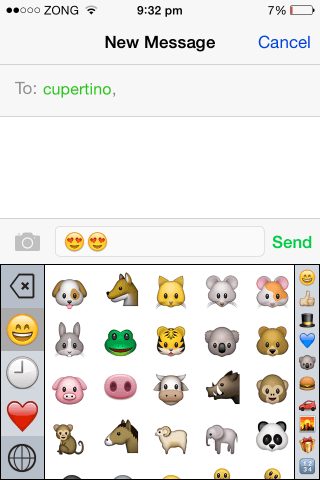 iOS 8’s emoji keyboard has seen no changes since its inclusion, despite the fact that it is legitimately hard to use. Emoji++ for iOS 8 makes emoji discovery easy with a vertically scrollable list, intelligent emoji categorization, and the ability to save ‘favorite’ emoji.

Socializing with someone over text-based mediums is inherently less sentimental than doing so over video, or voice chat. With no non-verbal cues, people then have to rely on using smileys or – as they are more popularly known now – emoji to add more emotion to otherwise bland text messages.

I regularly use emoji in my textual conversations. On iOS, you can tap on the ‘Globe’ button to switch to the Emoji Keyboard. It is just not very well designed. It gets easier as it fills up your recently used emoji tab, but when you are searching for a specific emoji, or just trying to find something new, the iOS emoji keyboard makes things more difficult. Emoji are not categorized properly. Scrolling to the very end of a category to see everything takes too many swipes.

Emoji++ Keyboard for iOS 8 aims to resolve that.

Emoji++ lays out emoji in a vertically scrollable list. There is no pagination (i.e. breaking down a list into separate pages) so you can basically go through the entire list in swipes you can count on one hand. The developer has intelligently placed emoji under these categories:

This is a lot more understandable than Apple’s five-category sorting. I was immediately able to discovery emoji based on the icons for the above-mentioned categories. Job well done, developer man! 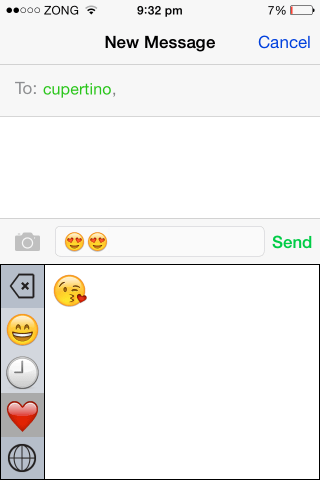 Besides a self-explanatory tab for recently used emoji, Emoji++ also has the ability to save specific emoji as ‘favorites’. Just tap and hold to do so.

All in all, Emoji++ is a marked improvement over the iOS 8 emoji keyboard and is thus an excellent alternative. I immediately paid the $0.99 asking price to download it. Now I use SwiftKey in combination with Emoji++ as my primary text input tools.