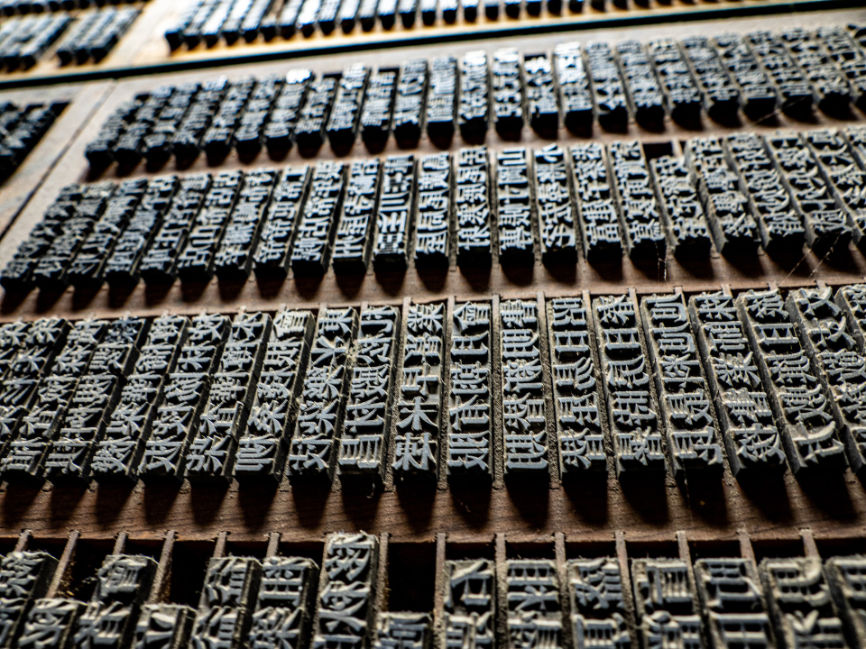 Photo by kaori kubota on Unsplash

The history of printing in some form dates back to 3100 BC. There is evidence from around this period of use of clay tablets being used as an early form of a writing system.

The oldest printed material, which is dated, is The Diamond Sutra. This Chinese translation from an original Buddhist text is held at the British Museum for visitors to see. It dates as far back as 868, although there is evidence of paper mills and paper manufacture far before this.

Of course, printing has moved on since these times and it isn’t unusual for anyone to have a printer of their own at home now. Students can print out homework in their bedrooms, people make their own invites and reports printed at workplaces.

Has the printing industry reached a pinnacle now, or are there still advancements to come?

In an age where the internet is king, it could be easy to dismiss print as something from the past. After all, fax machines were once seen as a godsend to communication, but they have largely disappeared.

If you look at the history of printing technology you can see some amazing advances through history.

Some of the most important advances in the past are still relevant today, and changes are still happening.

Aren’t print publications in decline though?

Many newspapers and magazines are experiencing lower sales than before, this is true. Younger generations are finding their entertainment and information from the internet rather than turning to print media.

However, print has a magical quality that cannot be matched by the internet or digital content.

Consider vinyl records of the past and the beautiful artwork on the covers. Downloaded music will never hold the same experience as holding an LP cover in your hands.

Fashion magazines rely on glossy spreads and photo shoots. No laptop screen can recreate the tactile feel of holding a copy of Elle or Vogue and pouring over glossy centerfolds.

Printing still matters in advertising too. Many of the biggest companies include print media in a marketing strategy. Nike posters and billboards dominate commercial spaces around the world, for example.

What three advances from the past have made a huge impact on printing?

There have been numerous advances since the original printing press was invented back around 1440. Some of these have come and gone, and others are still being used today. Here are just three of them.

Originally known as Xerox machines, these are ubiquitous in the workplace and made it possible for multiple copies of documents to be made quickly.

The inventor was Chester Carlson and his idea was turned down by multiple companies including IBM. They believed there was no market for a copying machine. Perhaps their R&D guy was the same one who turned down the Beatles.

This allowed direct printing from a computer and revolutionized how individuals could output their work.

There have been many advances in digital printing since, and the technology can be used to produce large colorful vinyls or simply print off homework.

This is the most recent advance that has gone mainstream. Although it is indeed a type of printing, 3D printers are capable of extraordinary output.

Since the introduction of 3D printers, they have been used for or tested for, everything from shoes, to glasses, to spare parts.

What 3 advances should you expect from the printing industry in the future?

While the past has given the printing industry some amazing technological advancements, the future looks pretty interesting too.

Analog print technology is being largely replaced by digital print equipment to help reduce waste plus time and money. Now, different production methods of making ink with different ingredients are being looked at too.

Ink with less harmful chemicals and even water-based colors are being considered as the print industry looks to a more sustainable future.

Although this type of printing is not new, it will become more common as commercial printers have access to technology that they previously didn’t.

Barcodes, holograms, advanced substrates, and biometrics, will be used to secure important documents as a way to prevent fraud and theft.

Toshiba was the first to show off its new erasable print technology. This system allows information to be printed on paper and then erased after. It can even disappear after a period of time has passed, very 007.

One of the people to thank for modern printing is Johannes Gutenberg who is the father of the modern printing press. That is the one that was invented in 1440 or thereabouts, in Germany.

Since his invention changed the face of printing forever, many more advances have been made. If anyone thinks that printing is dead, they should look at some of the amazing advances that are coming this way.