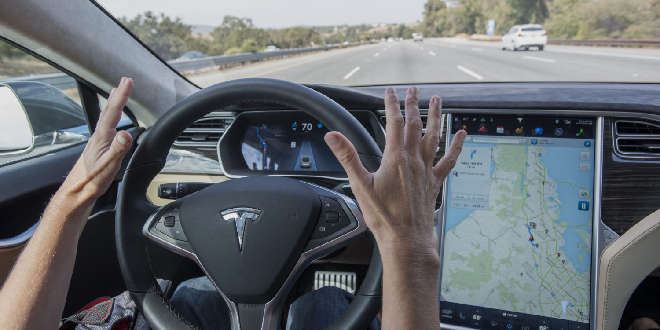 During a conference call earlier this week, Tesla CEO Elon Musk responded to queries about its plans for fully autonomous cars. Musk declined to make a statement on any product information. He was also reluctant to make any announcement.  He did say that Tesla’s self-driving cars will be here soon and they won’t let down.

According to Musk, all the hardware to build a truly fully autonomous vehicle exists. However, the engineers need more accurate maps and artificial intelligence to process them in a computer small enough to fit in a car.

“There’s a need to have much higher definition maps than currently exist anywhere in the world in order to have full autonomy, and we’re in the process of building those and I think making good progress” -Tesla CEO, Elon Musk.

“Full autonomy is really a software limitation,” he said. ”The hardware exists to create full autonomy. So it’s really about developing advanced narrow AI for the car to operate on— I want to emphasize narrow AI. It’s not going to take over the world, but it has to be really good at driving a car.”

In the short-term, the American automotive and energy storage company is aiming to make Autopilot, its semi-autonomous system, 10x safer than the average vehicle. But once regulators and legislators have laws in place that regulate self-driving cars across the country. Then and only then, Tesla plans to roll out an autonomous car-sharing service as well.

Other Companies Working On Autonomous Cars

Major tech companies including the likes of Google, BMW, Mercedes-Benz, and reportedly even Apple are currently working on their own versions of an autonomous driving technology. However, like Tesla, many car makers are first rolling out Autopilot-like functions into their newer cars, which enable the vehicle to do things like autonomously drive on the highway and self-park.