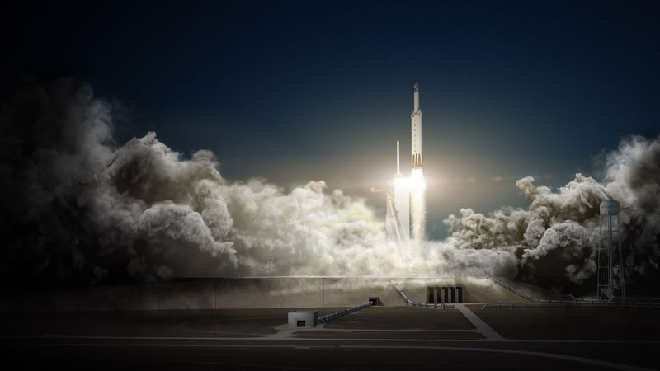 Elon Musk, CEO at SpaceX has revealed several interesting details about the company’s plan to start colonizing Mars within the next 10 years. In his interview with The Washington Post, Musk explained the timeline of his company’s endeavors which starts from the Mars mission in 2018 then seeks to send at least one mission to Mars every two years which finally lead up to SpaceX’s crewed mission set for 2024.

Musk further told The Post that the missions mainly centered around “establishing a cargo route to Mars”. Any colony would need additional supplies delivered routinely (ie. Food or hardware) however, the window for sending cargo opens up every 26 months when Earth and Mars are closest in orbit. Musk stated that SpaceX plans to send a mission with this very same interval of 26 months in order to create a cargo route.

“You can count on it. It’s going to happen every 26 months. Like a train leaving the station” -Elon Musk.

The first step of setting up a cargo route will be the Red Dragon mission. Set for 2018. The company intends to launch an updated version of its indigenous Dragon spacecraft to Mars in order to test the landing of heavy objects on the surface. The Red Dragon will use onboard engines to lower itself down on the surface and completely mitigate a hard impact. If this is successful then it will be the largest vehicle to land on Mars as of this article’s writing. This amounts to the need of a very powerful rocket which the company hopes to address via the Falcon Heavy- an upgraded version of the company’s Falcon 9 rocket which will make its debut later this year.

The company plans to launch at least two Dragon spacecraft on top of two Falcon Heavy vehicles in 2020 according to Musk’s statements to The Post. Companies and organizations will then have a chance to load these capsules with experiments, sensors and such for testing out on Mars. Then for 2022, SpaceX plans to launch the Mars Colonial Transporter (Or the MCT). The MCT will serve to house astronauts on their six-month journey to Mars. Normal passengers are scheduled to board the MCT in 2024 with the landing planned at 2025. The number of passengers has been kept small on purpose “because if something goes wrong, we want to risk the fewest number of lives as possible” explained Musk to The Post.

Despite SpaceX not having any space flights so far, Elon Musk’s ambitious statements can be hard to dismiss. However, many issues still remain such as the testing of the Dragon capsule as well as other problems including but not limited to solar radiation shielding. If successful, SpaceX will have carried out this endeavor before NASA has been able to (Their programs put the first human landing on Mars by the 2030s)

Further answers to this ambitious program will probably be heard this upcoming September as the CEO promises there will be no disappointment. “This is going to be mind-blowing.” Musk told the Post. “Mind-blowing. It’s going to be really great”. Already seeing a series of difficult deadlines, SpaceX indeed has very little room for error if they wish to see this plan come through.