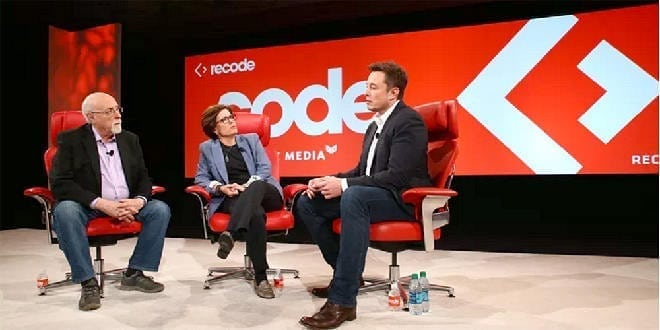 Tesla CEO Elon Musk told the Re/Code conference that Apple may have started too late to compete effectively in the “autonomous car” horizon. Elon Musk thinks that the Apple may be too far behind the curve on autonomous cars to catch up to his company. Tesla’s CEO said on Wednesday that while he welcomes the competition, he doesn’t see the iPhone maker having a vehicle in production for at least another four years.

“I think they should have embarked on this project sooner”, Musk said during an on-stage interview at the Code Conference in Rancho Palos Verdes, California. “I don’t think they’ll be in production sooner until 2020.”

Mr. Musk said electrification and autonomy were the two biggest innovations in the industry since the assembly line by Henry Ford. “In the long term, nobody will buy a car unless it’s autonomous”, he said.

Apple has not formally announced it is working on a vehicle, although it did recently register several automobile-related internet domains, including apple.car and apple.auto. While Google has been very open about its testing of driverless cars, there’s been no official word from Apple about its plans for any type of car.

Mr. Musk was still optimistic about Apple jumping into the autonomous vehicle production race, he was quoted saying “I think it’s great they are doing this — I hope it works out.”

It’s hard to imagine that an Apple Car in 2020 could be ‘too late.’ Apple’s entire approach to technology is to watch and learn from what others do and then do it better. The first device arguably qualifying for the term smartphone was launched in 1994, and there’s certainly no doubt that the Nokia Communicator counted as one in 1996. Apple didn’t enter the game until 11 years later, but it did more than ok. Don’t you think?