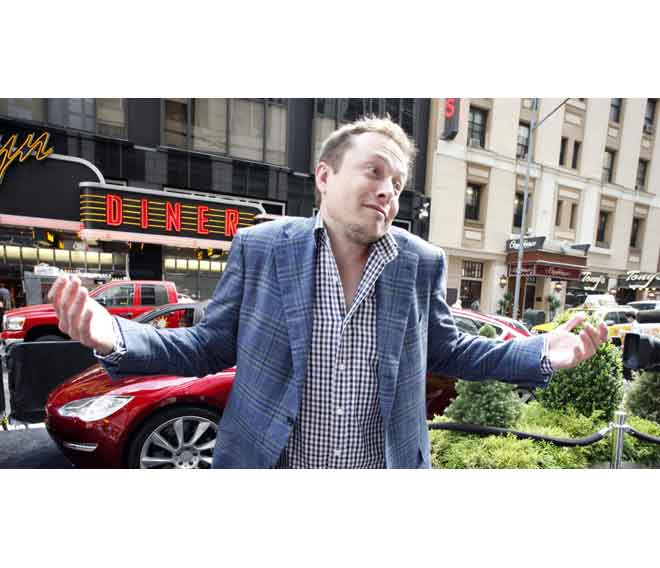 In a recent interview with a German newspaper “Handelsblatt” Tesla CEO, Elon Musk spoke out his views on some of the much talked about topics including the new ‘Apple Car’ and Apple’s so-called “poaching war” with Tesla.

When asked about the ongoing poaching war with Apple and what he thought about Apple hiring away some of Tesla’s “most important engineers”, Elon Musk very straightforwardly voiced his beliefs.

Tesla CEO frankly told the German newspaper that the people Apple is poaching are the ones that have been already fired by his company. Musk also went on saying that “If you don’t make it at Tesla, you go to work at Apple.”

“Important engineers? They have hired people we’ve fired. We always jokingly call Apple the “Tesla Graveyard.” If you don’t make it at Tesla, you go work at Apple. I’m not kidding.”

Later in the interview Elon Musk was also asked what he thought of Apple’s own electric car and how does he see Apple’s car ambitions to which he replied with a joke, “Did you ever take a look at the Apple Watch?”. However later he told the German newspaper that it is good to hear that Apple was moving on and investing in a car but at the same time he warned the tech giants that the car business is a tough row to hoe.

“Did you ever take a look at the Apple Watch? (laughs) No, seriously: It’s good that Apple is moving and investing in this direction. But cars are very complex compared to phones or smartwatches. You can’t just go to a supplier like Foxconn and say: Build me a car. But for Apple, the car is the next logical thing to finally offer a significant innovation. A new pencil or a bigger iPad alone were not relevant enough.”

As expected, in this interview Elon Musk set a rather cynical and patronizing tone which reflected the sour relationship between the two companies.