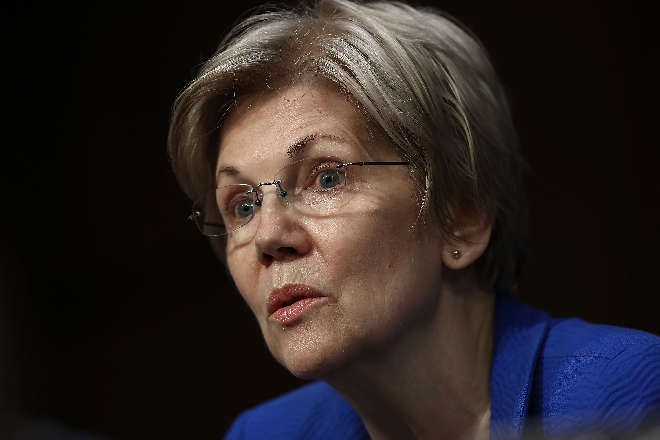 Apple came under the crosshairs of yet another politician. Massachusetts Senator Elizabeth Warren today gave a speech where she accused Amazon, Apple, and Google of attempting to “snuff out competition” by locking out smaller companies, reports Recode.

Warren’s comments came during a speech in Washington at an event called “America’s Monopoly Problem.” Warren gave different reasons for calling out each of the three tech companies, but the general trend was that each company uses their size and power to “lock out smaller guys and newer guys.”

“The opportunity to compete must remain open for new entrants and smaller competitors.”-Elizabeth Warren

Warren singled out three of tech’s biggest players in a speech about the perils of “consolidation and concentration” throughout the economy. It comes the day after Hillary Clinton, Warren’s recent stage-mate, laid out a “technology agenda” that seemed designed to please Silicon Valley.

Spotify has long been unhappy with Apple’s pricing policy. In the past, Spotify fought against Apple’s cut by sending emails to its customers who had signed up for a $12.99 per month subscription on an iPhone or iPad, encouraging them to cancel their subscriptions and re-subscribe via the web.

Spotify, which has complained about the fee Apple charges music services and other services that sign up subscribers using its iOS platform, was happy to put a statement. Here’s Jonathan Prince, who runs communications and public policy for the streaming music company:

“Apple has long used its control of iOS to squash competition in music, driving up the prices of its competitors, inappropriately forbidding us from telling our customers about lower prices, and giving itself unfair advantages across its platform through everything from the lock screen to Siri. You know there’s something wrong when Apple makes more off a Spotify subscription than it does off an Apple Music subscription and doesn’t share any of that with the music industry. They want to have their cake and eat everyone else’s too.”