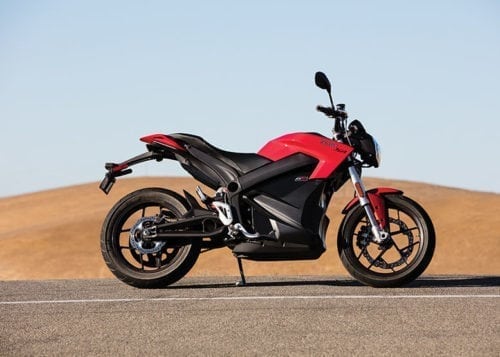 With many nations aiming to go all electric in the coming years, all of our focus automatically goes to cars. Not many of us pause to consider that cars are not the only vehicles on the road that consume fossil fuels. Electric Motorcycles are a thing and even though the big names like Harley Davidson, Yamaha and Honda are yet to launch their own line of electric motorcycles, there are still a staggering number of motorcycles already in existence to choose from.

The technology is far from perfect as of yet but it has passed its initial stages. The biggest obstacle in the way was the size of battery packs. Now that smaller and more compact battery packs are available, it has allowed the industry to take a step forward. Let us take a look at a few choices that we do have available in the market.

This is nothing too fancy and fulfills all your daily requirements and runs at a fraction of a cost of its petrol equivalent. It takes around 3 hours to charge fully on a fast charger and covers up to 197 miles on a single charge with an option for a power tank. The electric motor puts out the electric equivalent of 67bhp and 106lb/ft of torque. Even though it has a low bhp, the torque more than makes up for it. It goes from 0 to 60 in 3.3 seconds with a top speed of 102 mph and comes at a price of $15,995 – 18,669.

Now, this is one for the enthusiasts. This is the world’s fastest electric motorcycle and you would probably be better off with something else if you are looking for one for everyday use. The Lightning LS-218 comes with 150kW, the electric equivalent of 200bhp and 168lb/ft of torque. It goes from 0 t0 60 in an impressive two seconds and has a top speed of 218 mph where the developers feel that it can still go higher with the new technology. It comes at a price of $38,888.

The Company that created the motorcycle, Alta Motors claims that this is the best motocross motorcycle out there. It’s the electric equivalent of a 250cc supermoto with 40bhp and 36 lb/ft of torque. It can be used for three hours of continuous use after a single charge. This could have been extended but the weight considerations are important in a motocross bike. This weighs only 267 lbs and is available for $14,995.

Some other noteworthy options are the APWorks Light Rider, Victory Impulse TT, Energica EGO, Brutus V9, Lito Sora and Motorman. Yamaha is working on a bike named PES2 Street Sport. Even though it is still in the concept phase, it is a start. We will see many other major players jumping on the bandwagon so they don’t remain behind the curve and it is safe to say that there will be major developments in the electric motorcycle industry in the years to come.

Check out this video of some of the best electric motorcycles you can buy now.