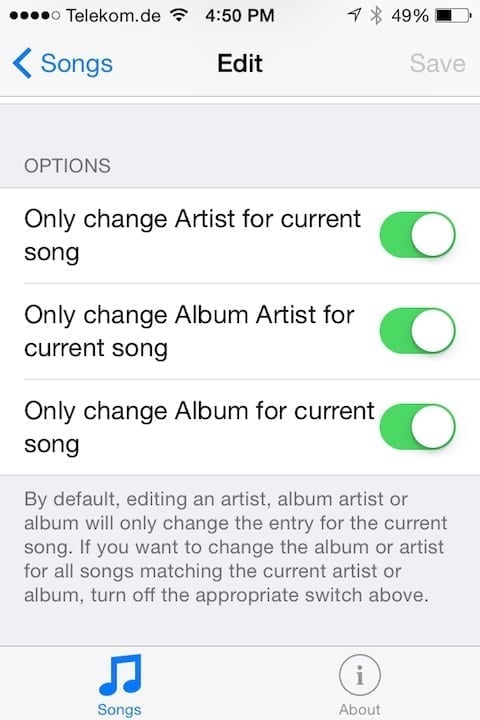 Most people wouldn’t think twice about how well-organized their music library is organized. But for the compulsive-minded, organizing music is like a chore. Good news for iOS users though, as there’s now a new jailbreak tweak out there called TagExplorer that lets you edit song metadata and ID3 tags for music files on your iOS device.

Music metadata, also known as ID3 metadata (or ID3 tags) refers to the additional information embedded within an audio file that describes its contents – such as title, artist name, album, genre, and so on. This information is used by Music apps to organize your library.

The mark of a good music app is how well it lets you organize your files. You don’t want to have a song titled ‘123.mp3’ or with the artist named ‘www.mp3download.com’ or similar. Those with an OCD for organizing stuff will judge you 😀 I’m just kidding, but it sure would be nice to be able to edit this metadata and bring it back into its proper form.

You can easily edit song information on a Mac or Windows PC. But iOS doesn’t inherently offer such a feature. So if you’re stranded with rogue descriptions for your songs, worry not, for TagExplorer has now finally been released!

TagExplorer lets you edit ID3 tags such as title, album, artist, and album artist for your songs. You can set albums and artists etc. to already existing ones, or you can create new ones. Just type in a new name, and the artist or album will automatically be created.

The app is pretty great where usability is concerned. You can choose to change the details of just the current song, or all songs that match a certain criteria i.e. matching album/artist names etc. 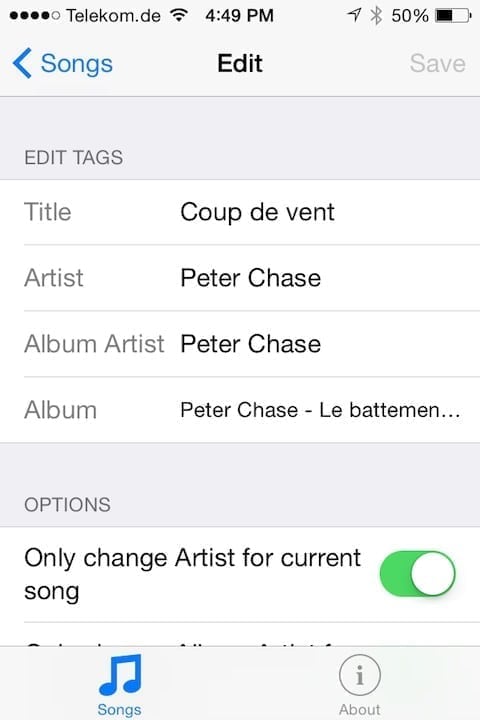 As always, this is a jailbreak app and so requires a jailbroken iDevice. It has just been released, and is available for $2.99 from the BigBoss repository. It’s price is probably the only downside to it. However, let me just point out that currently, it is the only app that lets you edit ID3 tags in iOS.

What are your views on TagExplorer? Do you think it is worth the 3 dollar price? How OCD are you about your music library? (: