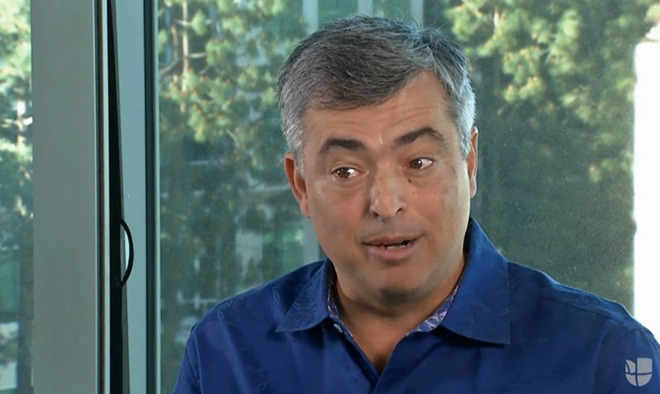 In a Spanish-language interview conducted by Univision and later reported upon by Business Insider with official translation from Apple, Eddy Cue who is the senior vice president of internet software and services expounded on the ensuing legal battle between the FBI and the tech giant. Apple was ordered by a U.S magistrate judge to comply with the FBI in unlocking an iPhone by creating a backdoor into iOS. The iPhone in question belonged to one of the people implicated in perpetrating the San Bernardino shootings. Apple resisted the court order because they believe that this would set a bad example. And if law enforcement needed access to data in the future they would compromise the security of all iOS users. “Starting with iOS 8, we began encrypting data in a way that not even the iPhone itself can read without the user’s passcode, so if it is lost or stolen, our personal data, conversations, financial and health information are far more secure,” The Apple CEO wrote in a correspondence with his employees. “We all know that turning back the clock on that progress would be a terrible idea.”

“When they can get us to create a new system to do new things, where will it stop? For example, one day [the FBI] may want us to open your phone’s camera, microphone. Those are things we can’t do now. But if they can force us to do that, I think that’s very bad.” – Eddy Cue

Cue in his cautionary statements echoes the sentiments of Tim Cook. The Apple CEO told of the dangers of setting such a precedent in an interview where he also used forced access to a device’s camera and microphone as examples.

The FBI has been known to infringe on privacy rights in the past. The FBI’s counter-intelligence programs violated the privacy of the population with invasive surveillance into any persons they deemed suspicious. Cue was questioned on whether Apple was doing more to champion individual security and he responded that even the government had the same goal but they continue to undermine the efforts of Apple engineers to protect their users from threats in the future. Cue added that his parents who were of Cuban descent had immigrated to the United States due to the country’s dedication to civil liberties and these actions by the FBI are undermining those very liberties.