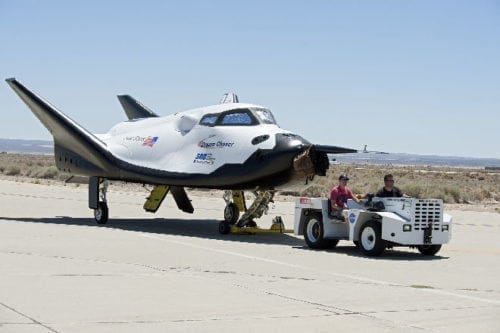 Developed by the Sierra Nevada Corporation the Dream Chaser is one step closer to serving as a multi-purpose, reusable space vehicle for servicing the International Space Station. It has been in development for the past 10 years. Its heritage is the X-vehicle and NASA’s space shuttle. Partially funded by NASA the Dream Chaser has reached an important milestone that we will get to in a moment.

NASA has chosen the Dream Chaser under the Commercial Resupply Services 2 contract. Its purpose is to transport pressurized and unpressurized cargo to and from the International Space Station and provide return and disposal services.

The Dream Chaser space vehicle is looking beyond transporting cargo to and from the ISS. There is a wide range of missions this vehicle is preparing for. Opportunities exist for servicing satellites as well as the deployment and retrieval of the same. Another much-needed service would be the removal of orbital debris. These services and more would be available to multiple international agencies. This would provide global access to space for countries who may not currently have access to launch technology.

The milestone reached on Saturday, was the completion of an “approach and landing” test. The spacecraft was dropped from a helicopter and flew back to Edwards Air Force Base in California. The Sierra Nevada Corporation tweeted,

“The Dream Chaser had a beautiful flight and landing!”

With the success of this test, this spacecraft is on track for the ultimate test in 2019. It’s very first space mission.

Sierra Nevada Corporation has not provided any further details on the Dream Chaser’s successful test but we expect to learn more on Monday.