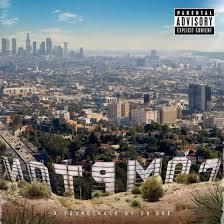 Apple acquired Beats last year and in the process they also got something extra; Dr. Dre. Until now the purpose of Dr. Dre has been seen by many as that of merely a branding tool, however, this changed today when it was announced that Dr Dre’s new album will be released. For Dr. Dre fans, this is a huge deal, mostly because the album will be the rapper’s first album release in over 16 years!

The album will apparently be titled Compton: A Soundtrack by Dr. Dre. This will be Dr. Dre’s only proper album since 1999.

Dr. Dre announced this good news on his show ‘Pharmacy’, to the jubilation of his fans. It is a weekly show that he hosts with his friend and colleague Ice Cube.

According to Dr. Dre “I was leaving the set, going to the studio, and I felt myself just being so inspired by the movie that I started recording an album,” He went on to say that “I kept it under wraps, and now the album is finished. It’s an ‘inspired-by’ album, it’s inspired by Straight Outta Compton,” Straight outta Compton is a new movie that is based on N.W.A’s journey.

The Album will be exclusively released on iTunes and Apple Music. The much-awaited album of Dr. Dre which was previously thought to be released in 2011, Detox, has now been officially scrapped.

Of this album, he said that ‘I didn’t like it. The record, it just wasn’t good….I worked my ass off on it, and I don’t think I did a good enough job…. I just wasn’t feeling it’

The Album includes 16 tracks. Almost all of these tracks have featuring artists. These include Kendrick Lamar, Xzibit, Ice Cube, Snoop Dogg, Eminem, Marsha Ambrosius, King Mez, Anderson Paak, Justus, BJ the Chicago Kid, Asia Bryant, Candice Pillay, Jill Scott, John Connor and COLD 187um. Dre has termed this album as his ‘grand finale’. We expect that Apple will most probably give this release a lot of  run up before the release.

The new album is available for pre-order from the iTunes store right now. It will be released on August 7th, 2015.